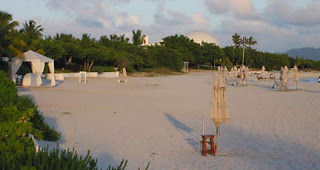 have been looking at the risks of ANTIL and NBA being dragged into litigation over Cap Juluca because of their involvement in attempting to persuade government to block the sale of the leasehold interest in Cap Juluca to a foreign group, Gencom, and to somehow try to persuade the present owners of Cap Juluca to sell to ANTIL instead. We have been looking at some of the reasons why many in feel a sense of distaste and apprehension when we consider this development. The question is, why do we feel concerned? Is it that we are unpatriotic? Is it that we are disloyal?

The owners of Cap Juluca have bent to government pressure to sell and get out of the hotel business. They have been told to find a buyer. They have found Gencom, which has agreed to pay them their asking price. Because Gencom is a foreigner, it needs to get government approval to purchase Cap Juluca. A locally backed group, ANTIL, is lobbying with government to refuse Gencom the necessary permits under the law for a foreigner to own real estate in .

Government advisers and local institutions are involved in lobbying government against the foreign group. They say they should be permitted instead to purchase, and not the foreign group. These government advisers are principals in ANTIL which is proposing that it would be the better purchaser of Cap Juluca. As government advisers, they have written government's new policy that Cap Juluca should give large areas of its property back to government to use as a national park. As principals in ANTIL, they have written to government saying that they would give back the large tracts of land and pond to government, showing how loyal they are to government's policies! They are urging government not to grant a licence to Gencom, but to encourage the owners of Cap Juluca to deal with them instead. This situation is a classical example of a conflict of interest. Is it any wonder our stomachs churn every time we think of ANTIL?