David vs Goliath. We are 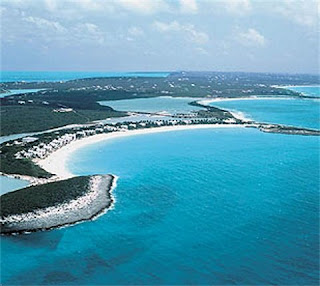 looking at the dispute between the locally backed group, the Anguilla National Tourism Investment Ltd (ANTIL) and Dion Friedland, the principal present owner of Cap Juluca Hotel. Actually, Mr Friedland says there is no dispute. Government has told him they are fed up with him and with Charles Hickox. The two of them have been disputing over the ownership of the hotel for too long. Meanwhile, no maintenance and development has taken place. They have been frittering away the hotel income in legal expenses over the past twenty years. The result has been that the hotel is now run down. Its guests are leaving for Cuisinart and other competitors in growing numbers.

Friedland has agreed to sell. He has found a group willing to pay him his price. We will call them Gencom for short. He says he has a binding agreement with Gencom, subject only to Government doing its due diligence to make sure they are not crooks and can do what they have promised to do. He says he has no intention of breaking his agreement with Gencom and negotiating to sell to ANTIL. He has never spoken to ANTIL, so, he says, he has no dispute with them. ANTIL has been publishing press releases demonstrating how much more patriotic and environmentally friendly their proposals for redeveloping the hotel are than Gencom’s. They seek public support. ANTIL continues to press its attentions on Mr Friedland, even though he protests that he is already betrothed.

It would all be good fun normally. Whether it is a dispute between Goliaths or between Davids and Goliaths, it is all entertaining spectator sport. Whey then does the thinking person feel more than a little uneasy at the prospect of ANTIL succeeding in blocking the sale to Gencom. Why the sinking feeling? Is it a lack of patriotism? Is it a lack of loyalty to the local group over the foreign group?