Inducing a Breach of 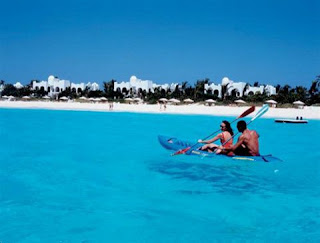 Contract. We are discussing ANTIL’s efforts to whip up public support for their bid to stop the proposed sale of Cap Juluca Hotel to the Gencom Group. The present owners of Cap Juluca have said that they have a binding agreement with Gencom, and do not want to discuss with ANTIL. ANTIL continues to lobby in the press and at public meetings throughout for public support for its efforts to purchase Cap Juluca from a reluctant owner. We are all in support of increased local ownership in the tourism industry. The question is why do we feel such disquiet at these proceedings?

One reason put forward has been the idea that it is a wrong, or a tort as the lawyers call it, for anyone to stop a legitimate contract from going through. This is a civil wrong called “inducing a breach of contract”. It gives the wronged party the right to sue the persons who are guilty. If the present owners of Cap Juluca have a binding agreement to sell to a qualified and worthy purchaser, and someone else, who wants the benefit of the contract for themselves, intervenes and successfully brings pressure on government to block the sale, then the question arises whether the proposed buyer and seller have been wronged. If they can show that they have, and that they have suffered loss, then they are entitled to sue for damages. And, they will probably succeed in their law suit.

I do not know about you, but I am filled with a sense of foreboding when I contemplate what the supporters of ANTIL are doing to the contract between Gencom and the owners of Cap Juluca.