What Will Become of Us? Why do we feel such a degree of unease, distaste, and discomfort 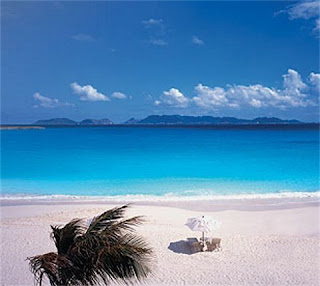 when we contemplate the proposal by the locally backed group, ANTIL, to block the sale of Cap Juluca Hotel to its owners’ preferred purchasers, the Gencom Group? We are asking whether such feelings are wrong, or whether they are justified.

Marcel Fahie is a retired Permanent Secretary in the Ministry of Finance. He is on a $12,000.00 a month contract with government to continue to be its “principal economic adviser”. That means he helps Ministers to come up with government policies. He writes the speeches that the Minister of Finance and the Chief Minister give on economic matters. He writes the press releases that government issues on economic matters. He is the long-time brains behind the economic development of over the past thirty years. For decades, he has been the Minister of Finance’s right hand man on policy matters. He is a person of immense intelligence, integrity and influence. Nothing I say here is meant to detract from that respect that he is due. When government recently published a press release condemning the present owners of Cap Juluca for publishing an open letter to the public explaining that they have a binding agreement with Gencom, it was Marcel’s handwriting on the government press release. It was transparently Marcel’s voice that one heard in the words of condemnation. And, because of the provisions of the Aliens Landholding Licensing law, government has to approve of the sale of any real estate in to a foreigner.

Marcel Fahie is also one of the principals behind ANTIL. He is its main spokesman and lobbyist. It is his voice that we hear speaking in the frequently published press releases for ANTIL. He is ANTIL’s main speaker at the series of town hall meetings now being held throughout the island. When ANTIL lobbies with government that Gencom’s application for permission to purchase Cap Juluca should be turned down, it is Marcel arguing on behalf of ANTIL to government. At the same time, it is Marcel advising government on what to make of ANTIL’s proposals. He is government's principle economic adviser in helping them to decide whether or not to accept Gencom's proposal to purchase the lease of Cap Juluca. There is no suggestion that Marcel is an investor in ANTIL, that he has his private funds at risk . No one believes he is trying to feather his own nest through ANTIL. He says he is continuing his life-long struggle to better the economic lot of Anguillians. No one doubts the sincerity of his good intentions.

The question remains, do the government ministers not see a bit of a conflict of interest here? Are they content to continue to have their principal economic adviser, who helps them to arrive at their policies, lobby on behalf of a commercial entity that is encouraging them to break a contract between two commercial groups? And, these are persons who have previously shown themselves willing to engage in a twenty-year dispute in and out of the courts! What will become of us!