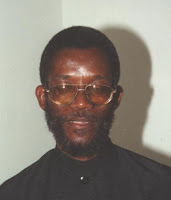 rcel, as he is universally known, is a heavyweight in the ANA, one of the founding parties of the present government, the United Front. He was for many years a Permanent Secretary in the Ministry of Finance until his recent retirement from the public service. He served as chairman of the Social Security Board and many other government boards. On the private side he was a promoter and director of the National Bank of Anguilla from its inception in 1985. He is also involved in a number of other commercial companies.

After his retirement from the public service, he continued serving the government and party in a new role of Special Assistant. It is not clear exactly what he is assisting about, but it seems to have something to do with the Flag Luxury Properties and St Regis Resort project. He is said to have been instrumental in nurturing this project to success.