Dolphin Fantaseas. It was in June that I published the story about the illegal dolphin pens that were being constructed at the old long-abandoned Mariners Hotel in Sandy Ground [link here]. Readers will recall the story. The Dolphin Discovery or Dolphin Fantaseas people had been given notice by Viceroy to vacate the property which had been bought at . Dolphin Fantaseas sold, but without making full arrangements to relocate.

They made an arrangement with the owners of the Mariners Hotel site to construct a new pen and display facility at Sandy Ground. 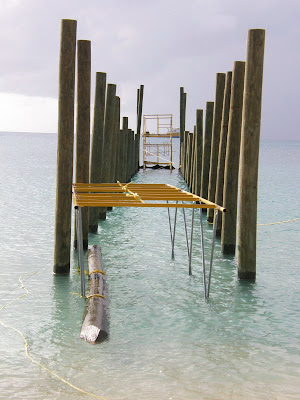 When the locals began to complain that they wanted to know the environmental impact such a facility would have on their health, the Chief Minister stopped the construction in mid-stride. 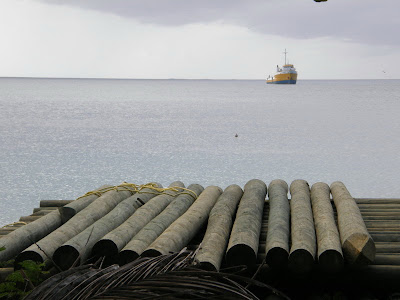 The pilings that had begun to be hammered into the sea bed were pulled out of the sand and piled on the beach. 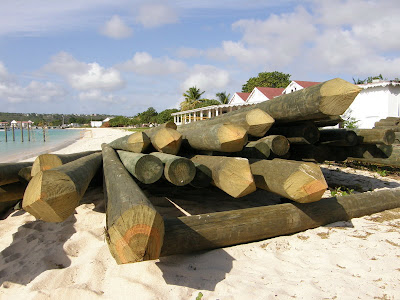 They stayed there all during the hurricane season, a disaster waiting to happen. Now November is here. What we in call the Ground Sea Season. Huge swells rise up in the ocean and fling ten-foot high waves onto the beaches. [For the peace of mind of anyone not in the know, if the waves make the beach impossible on the north coast, the south coast is usually placid as a lake, and vice versa]. Yesterday the inevitable happened. 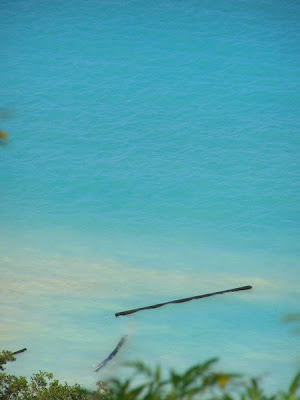 About ten of the pilings were washed out into the bay. 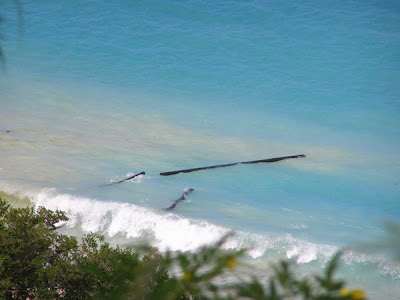 This “bay” is the busiest port in . There are over fifty yachts anchored in it at any time. Only one hundred feet away from the pilings is the main jetty. This is where the cargo ships that bring all our foods and construction materials dock. A ten-foot piling driven by a wave into the side of any one of these vessels might be expected to do some damage. We have all been holding our breaths to see whether the poles can be extracted from the water without anyone or any ship being damaged. Our Disaster Preparedness personnel secured most of them by last night. This morning they are scheduled to remove the last of them from the water. I can hear the surge from the north coat even from where I live. Let us hope that no one is killed or injured in the exercise!

Even if the poles are safely lassoed and removed from the bay, questions remain.

Was there no agency with the authority to order their removal before the hurricane season or the subsequent ground sea season began?

Did we have to wait until they were washed out to sea?

Would it not have been less costly to have moved them to a place of safety further onto the abandoned Mariners property?

If you or I left debris in our yard and it floated out to sea, would not the police be on our front step with a summons to appear in court?

If a tenant leaves a mess behind, is it not the responsibility of the landlord to clean up?

Who is going to pay the cost of the rescue exercise?

Who is providing this “investor” with the protection to be able to get away for so long with such deplorable conduct?