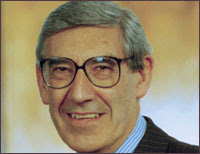 This is a institution, not Anguillian. The National Audit Office scrutinises public spending on behalf of Parliament. The Comptroller and Auditor General, Sir John Bourn, is an Officer of the House of Commons. He is the head of the National Audit Office, which employs some 850 staff. He, and the National Audit Office, is totally independent of Government. He certifies the accounts of all Government departments and a wide range of other public sector bodies; and he has statutory authority to report to Parliament on the economy, efficiency and effectiveness with which departments and other bodies have used their resources.

The NAO has just published its Report titled, Managing Risk in the Overseas Territories. It can be downloaded or read here: [link]. There is much on that should worry us. Most of the concerns relate to the International Financial Services Industry. In its early days, this industry was demeaningly described as “offshore banking”. It is much more than that. It is one of the principal industries enjoyed by the City of and . These are two of the major international financial centres in the world. But, we in the are players too. is the fifth largest banking centre in the world. is one of the largest reinsurance centres in the world. BVI is the world’s major incorporator of companies. Anguilla has hopes and aspirations of joining this elite group of who provide the City of and with its offshore corporate vehicles. There is just one problem. In the past, criminals have used the offshore centres to launder illegally obtained funds. The British government is wary of our efforts to grow the industry. They insist that we put precautions in place to limit the damage that we, and possibly they, can suffer.

When I was a practicing lawyer, I spent a lot of time and money developing a legal practice in this field. I went to the international and regional conferences to hone my skills and to make the necessary contacts. I devoted time to writing and speaking about the importance of the industry for . The hope was that we would be able to diversify our economy. We need alternatives to the tourism industry. It is not safe for us to put all our eggs in that one basket. International financial services offered an opportunity for Anguillians who obtained the necessary qualifications and skills to make a good living for themselves and their country.

So, I read the Report with a view to seeing how was faring. It is not all good. For example, I found,

3. Capacity limitations in the offshore financial sector have limited Territories’ ability to investigate suspicious activity reports, and, in the case of the Turks and Caicos Islands, Anguilla and Montserrat, resources are below the critical mass necessary to keep up with increasingly sophisticated international standards and products in offshore financial services. The Department, [the FCO] with the support of relevant agencies, (Treasury, Financial Services Authority, Serious Organised Crime Agency) should develop a strategy to ensure stronger investigative and prosecution capacity, bolster regulatory standards and support increased legislative drafting capacity.

What is our government going to do to make the necessary improvements? Are we even interested in seeing improvements? Well, now I am retired, I am well out of it and can contribute very little any longer. It is a worry for the new generation of Anguillian professionals. I wish them luck!