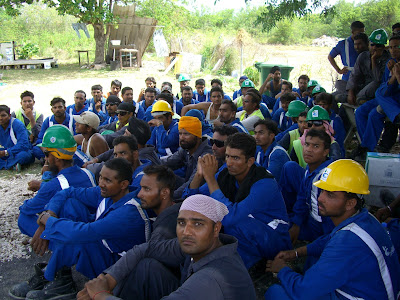 telephoned me yesterday. She was all worked up. She was in a state of agitation. Had I seen the latest edition of the Official Gazette? The one dated 31 October? No, I had not. What was the problem? The House of Assembly had gone and included ‘riots and public convergence” in the definition of “disasters and threats of disasters” in the Disaster Management Act. What does that mean? That the Governor can declare a state of emergency the next time the workers from a hotel or construction project march in demonstration of their disquiet over some aspect of their lives or work. That was her concern.

Well, it did not seem very likely to me. So, I went and got a copy of the Gazette. And, there it is. The Act is the Disaster Management Act, No 11 of 2007. The long title says the Act is meant to "provide for the effective preparedness, management, mitigation of, response to and recovery from emergencies and disasters, natural and man-made, in ”. I read the whole Act. It is 24 pages long. There are 47 sections and 2 Schedules. Anyone committing an offence under the Act faces a fine of $5,000.00 or two years imprisonment. Needless to say, the Act mainly deals with hurricanes and the like.

What is offensive to anyone concerned with basic human rights is that this new Act permits the government (section 26(1)(b)) to simply broadcast on the radio an announcement that there is a threat of civil disorder (Schedule 2). Anyone not obeying government orders will immediately be in breach of the Act and risk incurring the penalty. Perhaps the most offensive aspect of the statute is that there are few or no definitions. Public convergence is not defined. There are no limits. The Act can be used to ban marching or demonstrating for an unlimited period of time, in the discretion of the government of the day. There are no restrictions. By necessary implication, the government is permitted to do anything it wants to any of us for any period of time it chooses under this Act. The Emergency Powers Act has been drastically amended.

This Act seems to me to conflict with our constitutionally guaranteed rights of freedom of assembly and of movement. It drastically increases the powers of the government to curtail freedom of expression. It goes beyond the limits normally seen in state of emergency legislation. I am not at all sure that a court of law would uphold this Act if it were to be used the next time the Indians decide to march. Or, the next time Anguillians decide to march. But, I submit, that was clearly the intention of the person who gave instructions for this Act to be drafted. 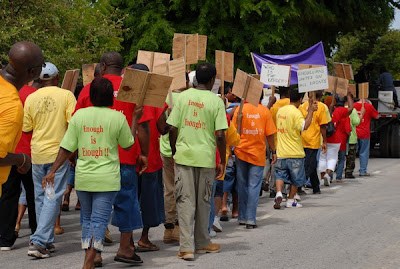