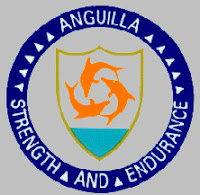 “Taxes”. One correspondent has a complaint about the arbitrariness and apparent lack of transparency in the tax system of . He writes,

“There are several issues relating to taxes that should be looked into. The most glaring are the differences between tax burdens taken on by local Anguillians and residents vs. those taken on by visitors. The increase in departure tax from Blowing Point is a major example of this. The new tax which will go into effect on January 1st will be US$5.00 - up from US$3.00. For a US$12.00 ferry ride, this amount equals almost 42% of the cost of the service.

Everyone uses the ferries and some would say it is a necessity. On the other hand, a US$415.00 round of golf on the Temenos Golf Course has a golf tax of US$3.00 per round which represents about 0.72% of the price of the cost of the service. Is it really reas

onable or fair to have such a high tax on a ferry ride? Think of the differences in numbers between those who ride the ferries and those who will play golf. It does not seem to be fair to those of us who live in and take on the majority of the tax burden anyway. And the golf course project has a twenty year duty free concession and is exempt from taxes on sales and re-sales (my understanding).

he new taxes for restaurants and hotels are also a bit strange. The new taxes are stated as:

EC$2,400 for an international restaurant;

EC$3,600 for a restaurant attached to a hotel or villa.

The big question is who will determine who has what type of restaurant and what are the criteria for deciding so?

Lastly, having just come from the Labour Department, I just discovered that security deposits for work permits have been increased. 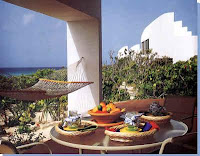 The security deposit is collected by Government in order that they will have the funds to deport a person who has had their work permit revoked or has been asked to leave the island for any reason. In previous years, the deposit to send someone back to the States has been in the neighborhood of EC$220.00, enough for a ticket to , PR. This year the deposit has increased by 400% to EC$888.44. When asked why this increase took place I was told that they had to purchase a ticket to , not San Juan. I told them I thought that the purpose of the deposit was to deport people back to their country and San Juan would suffice for getting a US citizen back to US soil, they replied that this year is different and this is what they do now.

A 400% increase with no warning? No letters? I never saw it in the paper or heard about it on the radio news or in House of Assembly.

Not sure if this is what you're looking for on the corruption site. It feels good to get it off my chest though.”