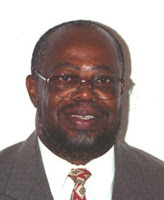 called “Senior Adviser to Government”. He retired from active politics at the last general elections for health reasons. He did not stand for election, but when the ruling party was returned to power, he was given this appointment.

He has been given an office next to the Chief Minister, with a direct door giving him instant access at any time. He sits in on every meeting held by the Chief. His main concern appears to be applications for Aliens Landholding Licences. He does many of the interviews that would otherwise be done by the Chief Minister. He also attempts to advise government on matters relating to social development. I am told that his complaint is that they do not listen to him.

He is universally recognised to be a good person to have around. He brings stability to the government, and is a wise and trustworthy gentleman.