As indicated earlier, there is widely rumoured to be a rising tide of discontent in the Anguilla Public Service. It rotates around a number of recent appointments to the position of Permanent Secretary. A Permanent Secretary is the highest position that a civil servant can rise to in any department of our government.

Under our Constitution, the Gove

rnor is solely responsible for appointments to the position of Permanent Secretary. He is required to consult the Chief Minister on such appointments. He is not required to consult the Public Service Commission. He certainly is not required to act on their advice. His discretion is unfettered. That does not mean that he should not consult with the Public Service Commission. It does not mean that he should not consult with the Minister. It only means that they do not control his discretion. Whatever he does, he is a wise man if he carries out his function in a manner that is open, transparent, patently above board, and seen by all to be the best available choice. For several years the Governor has delegated the day to day administration of the public service to the Deputy Governor. When I write Governor, you may read Deputy Governor.

We have looked briefly at questions that swirl around the recent appointment of a new Permanent Secretary to the Department of Public Administration. The second post of Permanent Secretary to cause consternation is that of the Ministry of Infrastructure. That position recently became vacant when Kenn Banks retired. The Governor then appointed Larry Franklin to fill the vacant post. Click here to see the story in “The Anguillian Newspaper”.

Now, nothing I write here is meant to detract from that young man, Mr Franklin. From all accounts he is a highly profe

ssional and qualified young man. He is a great person and a good worker. His competence is not questioned. What I have been hearing is that the way the Governor handled the matter has caused great discomfort in the public service. My informants tell me that there was no advertising of the post. There were other qualified persons with more experience in the public works area who were available. Fritz, Romel and Bancroft held senior posts in the same Department. They had acted as PS in the past. My information is that Larry had never acted as PS before, certainly not in that Department. Yet, these qualified and highly experienced persons were turned down without so much as an opportunity to apply for the post. There was no explanation. There was just an announcement that the vacant position had been filled by someone from outside the Department. 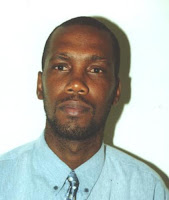 r project manager at Public Works, Fritz Smith. Fritz’s problem was that he was the Chief Minister’s nephew. Questions had arisen before about the Chief Minister's ability to handle conflicts of interest. There was, for example, the matter of the small building contracts that he had handed out to his campaign manager without reference to the Tenders Board. No doubt, the Governor was concerned at the possibility of further conflicts of interest if the Chief Minister’s nephew were to be appointed a Permanent Secretary. It appears to have been thought better not to consider qualifications and merit, but to fill the post quickly and without any advertisement from outside the Department.

There is no doubt that being the Chief Minister’s nephew can be viewed as a problem. It ought not to be. It should be exactly as much of a disadvantage as an advantage. That is, it should not count at all. After all, Education Planner Dawn Reid, is a bright and professional young woman. She is a senior education planner in the Ministry of Education. She might be a suitable candidate, among several others, for appointment to the post of Permanent Secretary when PS Education Rodney Rey retires in a few months time. Should it be held against her that she is the Deputy Governor’s wife? Not at all. It just means that extra precautions must be taken by the Governor to ensure that, whenever she is a candidate for any promotion, the Deputy Governor is transparently and obviously left out of the loop. She cannot be banned from promotion just because of a concern for an apparent conflict of interest. If Fritz Smith was the most qualified man for the job, and otherwise of unblemished character, then he ought to have had a fair opportunity to fill the post based on merit. As it is, he has now resigned in frustration from the public service. He has opened an office and taken up a position with Flag. No doubt he felt that his contribution to the service was being disregarded. He must have felt devalued. Government has lost one of its most highly qualified technicians and administrators to the private sector. Meanwhile, from all that I hear discontent continues to grow in the public service.

The question will remain on everyone’s mind, was the appointment properly handled? Our problem in Anguilla is that in matters of appointment to the position of Permanent Secretary, the Governor is not required to take the advice of a well-trained, professional, competent, and independent Public Service Commission as in practically every other Caribbean country. That is a serious defect. The consequence of it is that every appointment to the position of PS will depend on the uncontrolled choice of one person. Such a process must necessarily be seen as arbitrary and suspect.