Viceroy’s Soft Opening in August? I suppose we were all left wondering what happened to the much bruited ‘soft opening’ that was supposed to take place in August. That month came and went. No soft or any other kind of opening. I checked their reservations, and they claim to have rooms available from 19 September, but none before that. 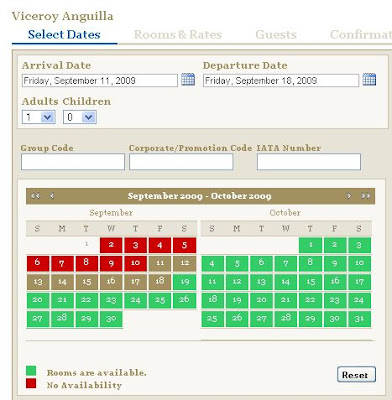 Is that a sign of hope, or is it not? What happened to all the guests that booked for August? Have they been relocated, or have they been told to come back later?

Now Kirk Cassels writing for Travel Agent Central reports that the opening is postponed to December. 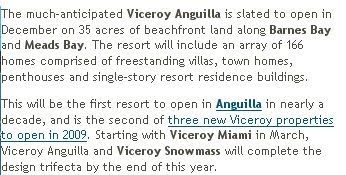 Someone has come up with an idea for solving the country’s financial crisis. Why not let government organize a “Guess the date Viceroy is opening” lottery. The winner gets half of the takings, and government keeps the other half? Seems like a winner to me.

Posted by idmitch at Wednesday, September 02, 2009