Governor Writes Speaker Agreeing to House of Assembly Debate on Motion to Borrow.

The Speaker read out a letter from the Governor indicating that he did not object to the debate on the motions to borrow some $60 million, but that it was still up to whether they agreed. The debate today went ahead. No constitutional crisis there, and the speeches went ahead along predictable lines.

It would appear that what some persons have been saying all along may be right. The British have no objection to borrowing money to get us over the present financial crisis. Nor do they have any objection to Cayman Islands increasing its borrowing. They only object to us going to completely unprepared to explain how we are going to pay back any borrowing. Especially, when we are giving away large chunks of existing revenue.

The big crisis the Chief Minister and Minister of Finance told us to expect at the press conference on Tuesday appears to be a non-issue. This is what the Chief said then, among other things:

If when we go to the House of Assembly on Friday to borrow the EC$49 million... we have asked the Governor to send this to immediately. If comes back and say no... that is when the showdown will come. I told the Governor if they (British government) says no to it tell them to come for their country... because how are we going to pay civil servants at the end of October, where are we going to get money from?" Fleming said.

The government leader said if there is no approval by the British government, once his administration can find an institution that will give us the money "we borrow the money, let them do what they want to do, they can arrest us, no problem."

It was all apparently a smoke screen to cover up our incompetence in having gone to last month completely unprepared, resulting in an embarrassing British refusal to permit us to increase our borrowing. What I draw from the debate in the House of Assembly today is that the planned borrowing is necessary to get us through the year. It is not likely the British would have disagreed with that conclusion. It was just that, when we made the application to change the borrowing guidelines, we had no convincing explanation how we intended to pay off any additional borrowing.

All the posturing by our Ministers was just for show. Hopefully, they have spent the time preparing to make a proper presentation. Expect to hear about new travel plans in the next couple of weeks at the latest. If I am wrong and, despite all the last-minute preparation and improved presentation, our application to borrow more is refused, at least we will get to blame the evil British for all the consequences.

Both the Chief Minister and the Minister of Finance complained that the Opposition made no substantial suggestions during the debate for correcting the present deficit in income over expenditure. With humility, these are some personal suggestions for increasing ’s revenue in this time of financial crisis:

- Collect property tax from all the 1,000’s of householders who refuse to pay it;

- Ticket every driver with no car-seat for child;

double for child in front seat;

and four times for kid sitting on driver’s lap steering the car!

- On the spot fines for speeding – or car gets towed;

ditto littering (if no car, impound something else);

ditto use of cellphones while driving;

- Legalise marijuana use [preferred by all Anguillian youths above the age of 13], and tax it like cigarettes.

Maybe now, after having had a further month to prepare ourselves properly, and including the above suggestions, we will go back to with a more professional presentation.

Once we have such a clearly thought out plan to repay any borrowing, I do not expect any objections from .

"It's like a blocked toilet. You have to flush all the shit out to get it working properly again." --Gary Lightbourne, Michael Misick's former bodyguard 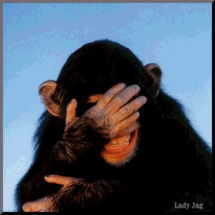