It is amazing what you can meet when you go walking in . I have been away in St Kitts for a few days. Today I resumed my walking regime and went to explore the Brimegin area. I came upon what appeared to be an abandoned hotel project. I never knew there was such a project on that coast. There was no “No Trespassing” sign. The entrance was open. Each room was open to the elements. No doors or windows were installed. There was not a speck of building materials left on the site. It was so clean, you could eat off it (if you ignored the goat droppings in the pool area). There was no sign indicating who the owners were. There was no sign indicating who the architects or contractors were. 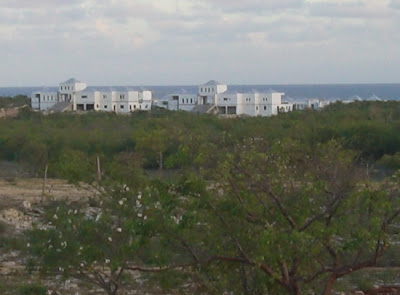 The project as seen from Albert Lake's quarry


I wondered who started building it. 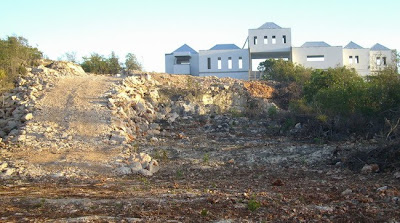 I wondered why it stopped. Did the money run out? Or, had there been a health issue?

Approaching up the rear entrance

What dashed hopes and plans does this abandoned property represent? 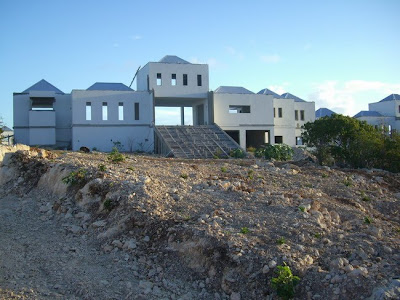 The rear of the back row of buildings

Is it going to be restarted, or is it closed down for good, eventually to go back to bush?

The front row of buildings from the rear

Did the contractors and local suppliers get paid? 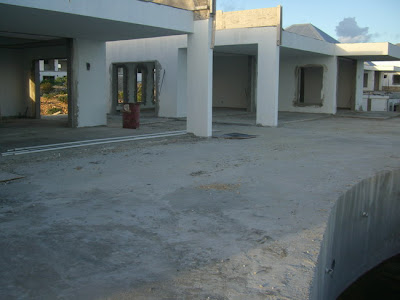 The pool, bar and restaurant from the front

Was there a Memorandum of Agreement with government relating to this project too? And, was it honoured, by both parties?

The pool deck and the buildings beyond

Or, is it locally owned, and there was nothing for government to give away? 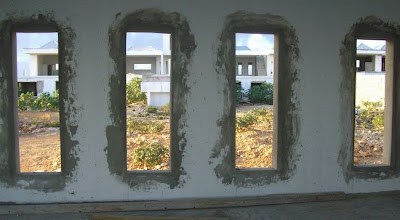 Was there an Aliens Landholding Licence that government ministers could give away so that no fees or taxes need be paid to the people of Anguilla for the next 125 years?

The rear view of the front row of buildings

Or, did it stop because the owners want to have a Cap Juluca type MoA too, and government was not sufficiently accommodating?

The front view of the back row of buildings

The buildings just sit there, enigmatic, clueless, but not giving away any information either. 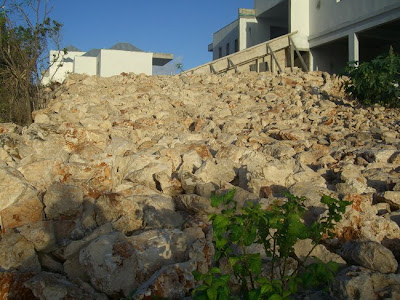 Rock fill at the entrance

What an amazing amount of rock used in this construction! The most expensive finishing touches are yet to be done: The wiring, the plumbing, the furnishing and equipping. 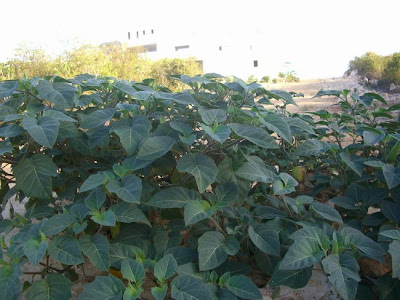 Leaving the site, I noticed the largest datura bush I have seen in a while. I wonder how many Anguillians know about the ritual use of the crushed seed. Thugeeism, after all, is not a common topic of conversation in the . How many of us would be aware of the use of its psychotropic qualities in drugging the sacrificial victims murdered in honour of the goddess Kali, the goddess of death and destruction?