The failure of the Hon Hubert Huges and the Hon Eddison Baird, Anguilla's two Opposition members in the House of Assembly, and other members of the Opposition over the past 25 years to establish a functioning Public Accounts Committee continues to cause comment among my correspondents. Today’s guest editorial revolves around the existence of “slush funds”. These are funds that are not earmarked for any specific purpose. They can be misused, and often are. There is no way for an Auditor to complain about them, as the House of Assembly created the fund without saying what it was supposed to be for. Only an active and vibrant PAC would have the standing to summon officers of the Ministry of Finance and to question them, on oath if possible, about the way the funds were actually spent. In suitable cases, disciplinary proceedings would follow. In others, there would be political consequences for mis-spending:

Slush Funds: There's an article in the Royal Gazette a few days ago about the Government of Bermuda paying a claim to the widow of a man who died in prison, after he begged for seven hours to see a doctor. This led me to wonder where in our budget we hide the cost of claims.

I find line 352 in the recurrent budget of the Ministry of Home Affairs, "Grants and Contributions," which was $3,720,000 in 2005 budget estimate. I do not have a newer set of the Estimates. This appears to be a slush fund from which all manner of secret payments can be made. No accepted accounting practice in the real world outside of government allows such a large amount to be listed without being further broken down. With neither a functioning opposition nor Public Accounts Committee, and an Auditor who has neither voice nor balls, it would appear that the Chief Minister has a free hand to conceal a number of matters which, in a normal democratic society, would be the business of the people. 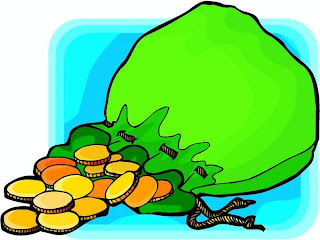