What else could Hon Edison Baird have done to get the Airport accounts? In late 2003 the government of budgeted $60 million to extend the Wallblake airport. Fritz Smith, recently appointed Treasurer of the governing United Front political party, and nephew of the Hon Chief Minister, was the Project Manager. 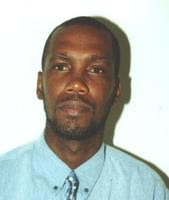 
With the expansion of the airport, several houses at both ends of the extended runway were condemned. Negotiations with the owners were happily concluded. New houses were said to have been built elsewhere on the island for some of the owners. Some people got land, others got money, and yet others got house and land.

In August 2008, Eddie Baird applied in the House of Assembly by way of a question to the Minister of Finance for an accounting of the expenditure on these replacement houses. The Minister promised to present it to him shortly. The accounts were not forthcoming. 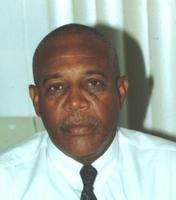 At a sitting of the House on 10 February 2009, Mr Baird complained to the Speaker that he still had not received the answer to the question he had asked.

A month later, responding to another question from Mr Baird in the House on 19 March 2009, Mr Banks put off producing the information until mid-July at the earliest.

Subsequently, in an open letter to the Chief Minister published in The Anguillian newspaper on 14 April, Brent Davis, leader of the Anguilla Progressive Party, demanded the same information. His first four questions give the flavour of the issues that are agitating the public:

“1) What was the initial estimated cost of the Wallblake expansion project?

2) How many individual payments were made to persons for properties such as dwelling houses, other buildings and lands?

3) Were there exchanges of Government lands with any individuals associated with the project?

4) How many persons are still in possession of their original properties, although they have already benefited monetarily or received lands in what should have been an exchange?”

We already know that a Freedom of Information Act would make all this delaying by the Minister impossible. If we had such an Act, Mr Davis would be able to demand the information. The relevant government officers would not be able to fob him off. If they tried to stall, a court would make the necessary order. The civil servant or politician refusing to comply would face imprisonment for contempt. Are there any additional tools available to members of the House of Assembly? What about the Public Accounts Committee?

The Legislative Assembly (Procedure) Rules 1976 are the rules and regulations that govern the House of Assembly. They provide for a Rule 66A explains that this is a Standing Committee of the House. It is supposed to be established at the beginning of each session of the House, and it continues through adjournments. The Rule says it consists of at least 3 and not more than 5 members. It is drawn from both sides of the House. Its chairperson is the Leader of the Opposition. It requires a resolution of the Minister of Finance to set it up, and the resolution must be approved by the House. That is not an obstacle. It would take a very careless Minister of Finance to reject a proposal by the Opposition to appoint the members of the If the Opposition does not demand a PAC, the Minister is probably not going to go out of his way to establish a watchdog to check on how he is performing his duties. So, it is up to the Opposition to take the first step, and demand the setting up of the They have never done so. There has never in the history of been a Public Accounts Committee established to oversee the government’s expenditure of public funds.

The Committee has work to do. It is supposed to check that the funds spent by government have been spent for the purposes prescribed by the House. It has the mandate to look out for any expenditure that has not been authorised. It can demand to know what savings have been made elsewhere to enable over-expenditure in any area of the budget. It is mandated to make “an effective examination” of the public accounts. It can summon any civil servant to give information on any expenditure by any Department of Government. The Rules contemplate that the Committee may demand office space and secretarial help in carrying out its functions.

Rule 68 provides that any witness before the Committee may be examined in the same way as a witness before the Supreme Court. The Committee may hire an attorney to do the cross-examining if they wish. The witness is sworn to tell the truth. You know what that means? Any witness telling a lie is likely to face a perjury charge. The last time I checked, the maximum penalty for perjury was ten years imprisonment. Which civil servant who knows about some wrongful expenditure is gong to hide it and risk ten years imprisonment?

The House of Assembly is supposed to be the guardian of the public funds. The fact that it does not function at all suggests to me that members of the House have abdicated this responsibility that they owe to the public.

Edison Baird, Member of the House of Assembly

If the Opposition had done its job and demanded that the Minister call for the setting up of the PAC, Eddie Baird would not have to be begging the Minister for these figures. He would be able to summon Fritz Smith before a sitting of the Committee and grill him on what exactly was spent on whom.