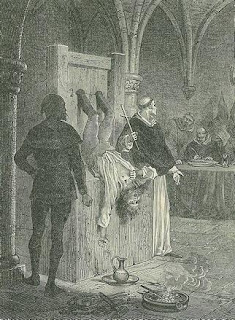 Freedom from inhuman treatment:  We are looking at our fundamental rights under the 1982 Anguilla Constitution.  The fifth of these rights is the right to be protected from inhuman treatment.
You may well think that this is a pretty obvious human right.  No one in the today can be put to the rack for their religion or to collect a confession.  It is generally accepted today that torture is an unreliable means of obtaining useful information.  However, torture has throughout history been used as a means of terrorising populations or specific communities.
Franz Fanon, in “Les Damnees de la Terre”, reports that the French in used ‘preventative torture’ on entirely innocent people to stop them doing anything in the future.  Although claiming to use torture in order to save lives, the French colonial regime killed between 1-1.5 million Algerians in the process.
The Red Cross has estimated that 80% of detainees held by US Army forces at Abu Ghraib in were the ‘wrong people’.  Yet, the US Army in recent years with approval from the highest levels has approved torture of these detainees in support of the ‘war on terror’.
Besides these obvious examples of illegal torture, there are some West Indian nuances that you may find interesting.  A few years ago, two murderers in , Pratt and Morgan, took the government to court.  They had been convicted and sentenced to death by hanging.  They had appealed their sentence to the Jamaican Court of Appeal, and lost.  They appealed to the Privy Council and lost.  They now appealed to the Inter-American Court of Human Rights.  was a signatory to the Inter-American Court of Human Rights Agreement.  The prisoners had meanwhile spent nearly fourteen years on death row, waiting to be executed.  Of course, they had been filing appeal after appeal, which had resulted in the long delay in the carrying out of the sentence.
They filed a case in the High Court claiming that the delay in government hanging them had subjected them to many years of dread and fear that amounted to cruel and inhuman punishment.  Note, they were not saying that the death penalty was cruel and inhuman punishment.  Their claim was that the long delay in carrying out the sentence, the long wait on death row, was what was cruel and inhuman.
The High Court in laughed at the convicts and threw out the case.  They appealed to the Court of Appeal, and lost.  The case reached right up to the Privy Council in .  They succeeded in having the Privy Council hold that their sentence amounted to cruel and inhuman punishment.  The Privy Council ruled that if the government cannot for any reason execute a murderer within five years of his conviction, then the sentence must be commuted to life imprisonment.  This ruling applies to all Commonwealth countries in the and elsewhere.  To keep someone on death row for longer than that period of time, the court ruled, will constitute cruel and inhuman treatment.  That is now the law throughout the .  It is not very relevant to us in Anguilla, since the penalty of hanging for murder in was long ago abolished.  The only penalty for murder now in is life imprisonment.
Still, you may agree that it is useful to have a Supreme Court looking out for instances of cruel and inhuman treatment. 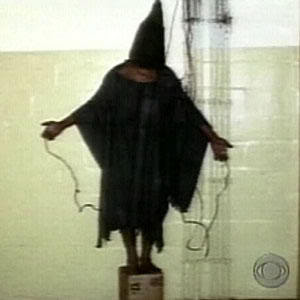