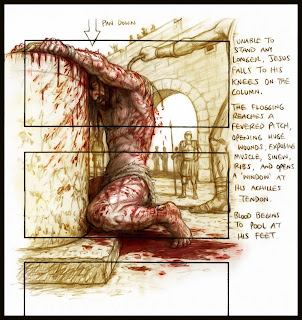 Cat-o-nine tails:  While we are dealing with torture and cruel and inhuman punishment, we might look at floggings.  There was an interesting case in that occurred about ten years ago.  A man was in prison serving time on conviction of a very serious offence.  His son was serving time as well, in the same prison.  One day, the convict father saw a warder beating his convict son.  He lost his temper and struck the warder with a piece of two-by-four wood.  The warder was knocked unconscious.
Now, that was a serious offence.  The Superintendent of Prisons could have brought the matter to the attention of the police and had charges brought against the prisoner.  The magistrate would have dealt with the prisoner.  Or, he could have brought charges himself before the Visiting Justices.  They could have ordered a number of penalties against the convict.  These included ordering strokes with the cat-o-nine tails.  The cat-o-nine is a cruel whip.  It has nine lengths of leather studded at the ends with pieces of metal.  It is designed to cut into the skin and cause bleeding besides just pain. At this time, it was available only as a punishment to be ordered by the Visiting Justices against particularly violent prisoner.
The Superintendent in this case did not bother to report the matter to the police.  He did not bother to report it to the Visiting Justices.  He decided to try the case himself.  He had no power under the law to do.  He heard the evidence.  Then he convicted the prisoner.  Then he sentenced him to receive several lashes with the cat-o-nine tails.  The sentence was carried out the same day.  The prisoner was then locked in solitary confinement for over a year.  He was shackled all the time.  He was only allowed out of his cell for one hour every day during that year.
When he was released finally from solitary confinement, the scars on his back were quite noticeable, as you will imagine.  He made a complaint to Victor Cuffee, a lawyer who was the head of the Human Rights Committee of .  Mr Cuffee brought a case for the convict before the High Court.  He asked the court to find that the flogging with the cat-o-nine tails had been unconstitutional.
Of course, the Prison Superintendent never had any power to sentence a prisoner to be flogged.  That power was only given to the Visiting Justices.  The High Court declared that the use of the cat-o-nine tails in this case had been unconstitutional.  The court found that a flogging with a cat-o-nine tails, even when authorised by the Prison Act, would be in breach of the fundamental human right not to be subjected to inhuman treatment.
So, the cat-o-nine tails whip was abolished in , and is not in use any more.
The High Court and the Court of Appeal awarded damages against the government for the unlawful flogging of the convict. 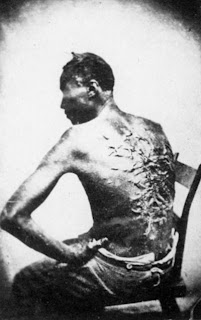