Who is Robert FX Sillerman? He is very big stuff, a media and entertainment billionaire in the . For years, he dealt in millions of dollars like you and I deal in tens and hundreds. Through his company, CKX Inc, he was acquiring the majority rights to Graceland, the Elvis Presley Estate, as well as the assets of Simon Fuller’s “American Idol”, part of the Idol franchise which airs in more than 100 countries. In 1990, when Sillerman and his wife celebrated their 25th anniversary, he presented her with US$100 million to launch her charity, the Tomorrow Foundation. Additionally, for what it’s worth, he owns the rights to the name, image and likeness of Muhammad Ali. 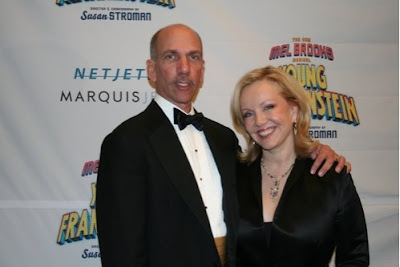 And so we come to , and Sillerman’s flagship Flag Luxury Properties, and its associated Temenos Golf Club. This has been advertised to consist of a 114-room hotel with an 18,000 sq ft spa and fitness centre, 50 oceanfront residences, 18 “estate homes”, 10 villas, 38 spa villas, and a Greg Norman-designed golf course. 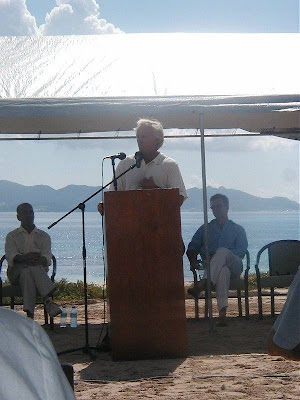 Greg Norman at the 2003 groundbreaking ceremony

The hotel was originally projected in 2003 to be coming on stream in 2006. 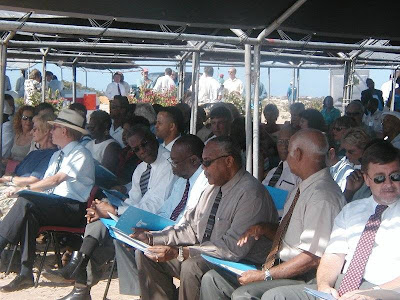 Local dignitaries at the 2003 groundbreaking

In the event, the golf course and club house were both ready by 2006. But, not any part of the hotel or villas. 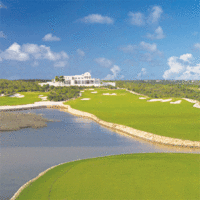 Club house and golf course at its 2006 opening

We in have been holding our breaths since St Regis dropped out of the picture and was replaced in January 2008 by Baccarat Hotels and Residences. We wondered about those villa purchasers who had invested mainly on the promise that St Regis was to manage the Temenos property. What would they think, and, more importantly, what would they do?

Late last year, even before the markets crashed and the world economies began to be exposed to fears of recession and depression, catastrophe struck. In August, we learned that the entire project was suspended indefinitely. All the hoopla about the resort being branded as a Baccarat Hotel has fallen through. I have my doubts that Baccarat is any longer associated with the closed hotel project. Once the announcement was made of Baccarat’s involvement, a website had immediately gone up. Over last summer, the website went completely inactive. Now the Baccarat hotels website does not even link to or mention anything about Baccarat Anguilla. Nor does the Temenos Anguilla website have any mention of the Baccarat hotel. All references to it have been removed.

Feverish moves during the last half of 2008 to obtain the necessary further financing to complete the project do not appear to have resulted in any real progress. And, now the world economies are sliding into a depression that is estimated by many commentators to be likely to last for at least the next year, perhaps two or three years. Meetings between the principals of Temenos and the government of Anguilla as recently as this month have not produced any news of new funding coming on stream to permit the project to pick up steam again. The construction company, Ashtrom, have departed, and the imported Chinese workers packed and housed 20 to a container are slowly trickling back to .

Meanwhile, in December 2008, the Hon Victor Banks presented a budget for for the year 2009 of EC$339 million. This record amount was intended to meet the growing cost of ’s public services and capital programme for the coming year. As Mr Banks explained, his budgeted increase in revenue of $4 million over the 2008 figure was mainly expected from stamp duties resulting from alien landholding licences to purchasers of real estate when the Viceroy/Mubadala project opens for operations in 2009. Flag Luxury Properties was conspicuous by its absence from mention in the budget.

So, I wondered, what has really happened to block Flag Luxury Properties out of the Minister of Finance’s budget calculations? Where is Mr Sillerman and his billions of US dollars in all of this? I did a Google search for Robert FX Sillerman. Fortunately for us, when you are a public company or a public figure in the , most of the information on you is published on the internet. This information is required by law to be public information. Go ahead, you can do it too! This is what is out there:

Credit Suisse was the last lender to the project that I could find. They put in a reported US$180 million in March 2006. Sillerman reportedly came up with additional financing for the project at the same time. The project was originally estimated to cost some US$200 million. So far, a reputed US$500 million has been invested.

Flag Luxury is owned by a company called FX Luxury. Flag Luxury, FX Luxury and FX Real Estate are so intertwined that I have been unable, even after multiple readings of this website, to untangle the relationships. Perhaps you can do better.

From yet another site, we learn who the directors of FX Real Estate are. They are, principally, Robert FX Sillerman as Chairman and CEO, Paul C Kavanos as President, and Barry A Shier as Chief Operating Officer. Sillerman is the founder of SFX Entertainment from which he made most of his money, upto and including its sale to Clear Channel Communications in August 2000. Kavanos is the founder of Flag, and previously developed Ritz-Carltons in the . Shier is an old pro in the gambling and hotel industries, having served in various capacities for Mirage Resorts and Golden Nugget of Las Vegas.

More searching of the internet reveals that FX Real Estate is not doing well. In the past year alone, its shares have dropped in value from US$8.00 to 10c. 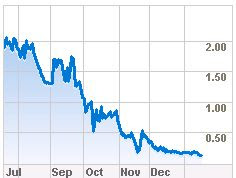 An SEC filing of 5 November 2008 tells us that FX Real Estate appears to have lost its option to acquire the Elvis Presley Estate.

Subsequently, a December 2008 release informs us that FX Real Estate has defaulted on a US$475 million loan from Credit Suisse. As a result, the company appears to be at risk of losing its Las Vegas properties. It seems to me that these business reverses must negatively impact Mr Sillerman's ability to find the further resources needed to revive the Flag project in Anguilla.

Various government press conferences and speeches in the House of Assembly in November and December of last year indicate that some five to six million dollars are owing to local creditors alone. Chinese workers abandoned by their employer on the island claimed they had not been paid for several months before they were picked up and deported. Word is that they were sent home, at government expense, after some of them began to threaten that they would complain to the nearest Chinese Embassy. The Blanchard-operated Zurra Restaurant is closed. All its signage has been taken down. Ashtrom, the general contractors for the project, have packed up their bags and left the island. The golf course was closed down, though the maintenance crew was kept on with the slimmest of budgets.

All in all, it is not surprising that the Hon Minister of Finance has ceased to factor into his projections for income in 2009 the Flag Luxury Properties hotel development project at . The Flag project is not likely to be completed anytime soon.

The likelihood is that Sillerman & Co have much more important business to attend to than little old and its over-ambitious golf course. Unless, cynical and unworthy thought though it is, he was banking on buying out the Credit Suisse debt and his partners' equity on the cheap? Little hope of that. The law suits alone will likely take years to settle.

Now, the word on the street is that the remaining golf course workers have not been paid for weeks, and are very upset and worried about their future. Who can blame them?

So, who is thinking of playing golf now?