The gin itself was erected in 1910. It last worked in about the year 1950. Then the world market price for cotton collapsed and the industry closed down in . That means that the machinery was nearly one hundred years old. Up to the end of last year, the disused equipment was standing there as if waiting for the factory workers to return from lunch. There was a bale of compressed cotton still in the bailer, and a sprinkling of lint stuck on the belts. Everything was as it was when Carter Rey locked the door for the last time. Years later, someone was to remove and steal the bronze plaque presented to the Factory by the textile industry of Lancashire, congratulating the Anguillian cotton gin for having produced the best cotton lint that they had ever seen in .

Last week, the cotton gin was demolished and ordered to be taken to the Corito garbage dump. 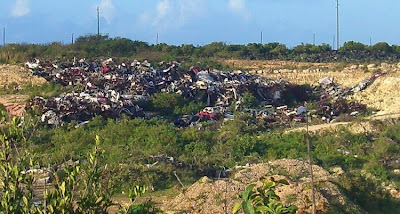 I have not checked with Mr Hughes for confirmation that he gave the order, but he owns the property, and only the owner could have given permission for such a drastic alteration in the structure. 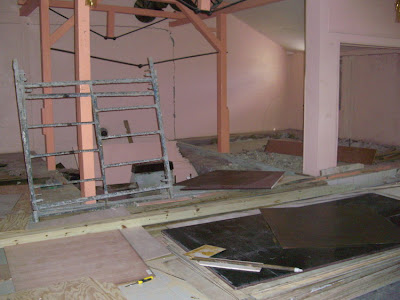 Empty space where the cotton gin used to be 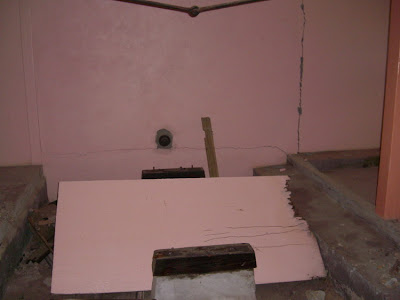 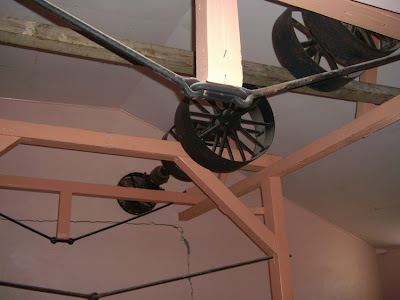 Remnants of equipment in the ceiling above

Some Anguillians are outraged. I have no idea why. After all, it was done so that the otherwise wasted space could be used as a Chinese Restaurant. It is going to look so much neater now. So much more modern, as befits an up-market destination such as is.

Why would anyone think that Hubert should have considered the Cotton Gin to be an important part of ’s built heritage? What an idiotic concept, anyway. Built heritage! Just a fancy name for broken down old buildings and rusting machinery. Much more merciful to put them out of their misery, and tear them down. Only effete foreigners could find such a thing of interest. Little do these foreigners know that the old cotton ginnery symbolized nothing more than the state of near slavery that our Anguillian forebears were forced to live in right up to the modern time. We must get rid of these last remnants of exploitation in order to expunge our shame at the poverty of our grandparents.

Besides, it is not as if is not already blessed with an abundance of monuments to the industrial endeavours of our Anguillian ancestors. There are magnificent old mansions scattered around the island that anyone who is determined to visit old structures can take their pick of. We don’t have to go to or to find Great Houses. We have them right here. 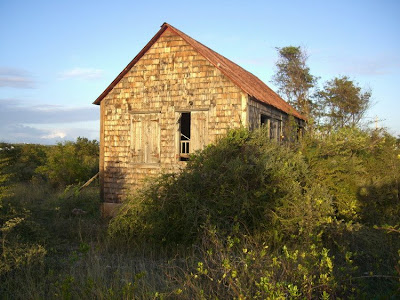 So what if the Cotton Gin was one of the last pieces of ’s built heritage that was in relatively good working condition. There are other mementos of ’s rich economic history, for those sentimental fools who want to waste their time looking at that sort of thing. They can still go to Sandy Hill and admire the Sugar Works ruins of Governor Richardson. 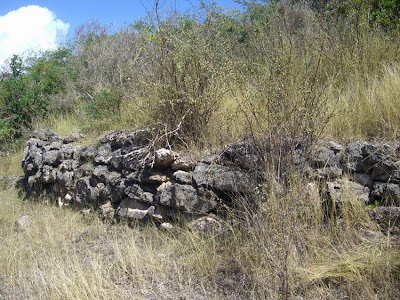 What about the benefits to the living Anguillians? Is it not better for us to look after the financial needs of those who are living today, and those yet to come, rather than wasting time worrying about worn out machinery. As the industrialist Henry Ford said, “History is bunk”.

It isn’t as if already has too many Chinese restaurants. desperately needs this Chinese restaurant. In the circumstances, the loss of ’s most famous surviving part of our built heritage is a small price to pay. I understand Anna wanted the equipment removed. It was occupying valuable space in her proposed new restaurant. Anyway, it was just old junk, wasn’t it? Hubert was glad to oblige. Anything for Anna.

Those idiot heritage persons should be grateful the truckers telephoned Colville Petty at his , “Do you want this stuff, or should we take it to Corito?” He agreed to rescue what they offered him. 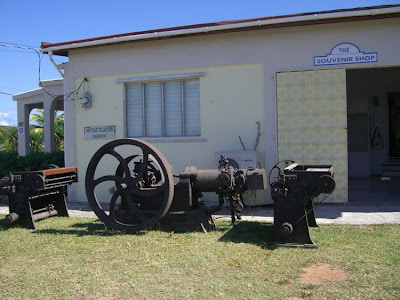 The rest of the rubbish is, presumably, now buried at the public dump. Good riddance to bad rubbish, I say.

If the Public Health Department insisted on its removal for health concerns, congratulations to them for their foresightedness.

If the Planning Department permitted it, in authorizing the change of use, kudos to them for their long sightedness.

If the Environment Department encouraged it when their views were sought, bravo to them for their concern and dedication!

This decision was an inspired one. In the race for the gold medal, it will be hard to beat for the rest of 2009.