Not many people can boast that their birth certificate is the country’s constitution. Billy Herbert was one. But, he has now passed on. James Woodley

was another. But, he has passed on too. I wonder how many of us are left.

I am a Kittitian by birth. St Kitts is my native island. I had grown up in Trinidad and . My Dad worked in those islands while I was a youngster. It never occurred to me to spend the rest of my life in either of those islands. I did not belong to them. I have inherited from my late father citizenships in both and . We never visited either of them when I was growing up. I knew no one there. To this day, I do not know if I have a single cousin living in either of those countries. 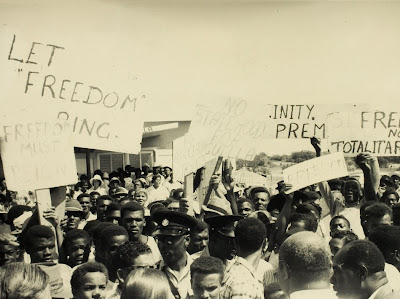 took place in 1967. At that time, I was a student in . I closely followed events leading up to and after the Revolution. Members of my family lived in both St Kitts and . In St Kitts, I had an uncle, Frank Henville QC. He was a well known lawyer of his time. He invited me to come and join him to do my law pupilage. So, when I had completed my law studies in the summer of 1971, I chose to return to . There, I did my pupilage, and eventually hung out my shingle and started up my law practice. 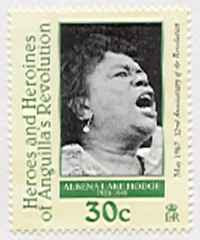 They invited me to come to to serve as the Magistrate. That job lasted for four years. Then, I hung up my shingle in The Valley and went back into private practice, this time in .

In 1980, the Peoples’ Action Movement of won the general election. Dr Kennedy Simmonds 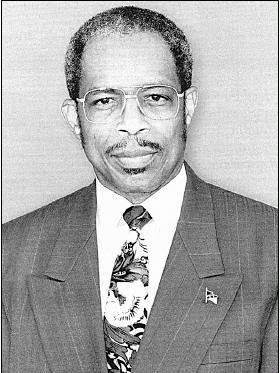 became the Prime Minister. Billy Herbert was one of his advisers. Billy was also the constitutional adviser to the government. St Kitts-Nevis began to prepare for independence from . was about to become legally and constitutionally separated from St Kitts for the first time since 1825. The major objective of the Anguilla Revolution was in sight.

One problem was what to do with the many Anguillians who had chosen to work and to spend the rest of their lives in St Kitts. Would they suddenly become foreigners? And, the Kittitians such as Billy and myself who lived and worked in ? Were we to be made foreigners? The three governments of St Kitts-Nevis, Anguilla and the worked out a solution. All Kittitians living in Anguilla on the day of the legal separation of Anguilla would for the purposes of the Anguilla Constitution be deemed to have been born in . All Anguillians living in St Kitts or on that day would be deemed to have been born in St Kitts-Nevis.

“If a person who was born in St. Christopher or in Nevis before 19th December 1980 is ordinarily resident in Anguilla, having been so resident since that date, he shall be treated for the purposes of section 80(2) of the Constitution as if he had been born in Anguilla.”

Section 80(2) of the Constitution is the section that provides who is an Anguillian belonger. It reads:

(i) who was born in , whether before or after the commencement of the British Nationality Act 1981 . . .”

So it is that I can claim with pride that the Anguilla Constitution Order is my Anguillian birth certificate. My birthday is the 19th December 1980. As I recall, twenty-eight is a good age to be!

Being born in is one of the conditions or qualifications for election to the House of Assembly. Look out Eddie, here I come!