gs. One, that our Labour Commissioner will be independent and objective. Second, that he will be competent and professional.

Russel Reid is our Labour Commissioner. I know him to be a fine young man. He has, when he was first appointed, told me that he will not stand idly by while any government permits the import of cheap labour from . Government is, we hear, presently permitting the importation of just such cheap Asian labour to construct the two projects. We understand that both Flag and Viceroy have applied for and received the appropriate Work Permits to allow them to do so. Several hundred Asian workers will be brought to the island to build the Golf Course Hotel at and the Viceroy project at . 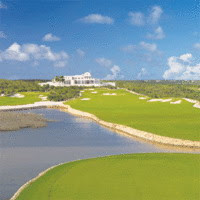 Front (ruling political party in ) candidate in the next general elections. My correspondent is fearful that, if this is true, Russel may have to do as he is told and not what is right. If the Ministers have decided to permit the importation of what in the opinion of some is “slave labour”, and the Labour Commissioner does not take steps to prevent this from happening, then he risks people concluding that he exists only to serve.

My correspondent asks me to

tell Russel to remember what happened to Roy Rogers. Roy Rogers was a politician who, while serving as Speaker of the House of Assembly, made some questionable decisions. He hoped to be the then ruling party’s candidate in the next elections. They did not select him, but chose another to run. Mr Rogers ended up being neither a candidate nor the Speaker. Doing your master’s bidding, even when you know it is wrong, is not a guarantee promotion. Now we hear that the Labour Commissioner may be up against greater forces than even the most honest man can face down. More than a million dollars has passed. Is this to ensure that there are no waves?