Who is going to get blamed over the airport report? The announcement from the Minister of 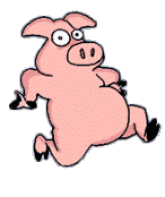 Finance came like a thunderbolt out of a clear sky. He told us on Tuesday that ’s lone airport had been disqualified “with immediate effect” for use by 80% of the private jets presently using it. Many of our Sillermans and other up-market visitors arrive in their own or hired jets. Some of them have already been diverted to St Maarten, and made to commute to like any common man on the street. They must all be very upset with us.


Then, I get an e-mail. It reads [after some minor amendments]:

This runway extension matter is a real crisis. Government knew about it five years ago, told the civil aviation people they'd take care of it, then did nothing. CAA or whatever it's called said OK, we'll waive the requirement for the extra 500 feet for now. (This affects 70% of the private jets that land here.)

Now CAA has come back and said you promised to fix the problem but you've done nothing, so we're enforcing the regulations starting with immediate effect. And have somehow found $12 million to do the job. PWD will coordinate it. God help .


So the geniuses at PWD are going to play "Project Engineer." It's a disaster waiting to happen.

So they are out looking for marl, a LOT of it. There is extremely little left at the crown land at Corito so one genius wants to truck it in from . The cost, dirt, dust, traffic and noise would be horrendous.

I read the e-mail with alarm. The real story in it is whether it is true that this emergency is not something unexpected, but something we were warned about years ago when the airport was being extended. If so, were we careless about complying with the relevant airport authority regulations? If so, who is to blame?

Another important implication is whether our leaders will now say that it is such an emergency that there is no time to go through the normal tendering process designed to ensure there is no graft. Would they then hand out contracts to friends and supporters, leaving out of the process the likes of Grieg Hughes?

My concern is that procurement remains one of the soft spots in any West Indian government’s vulnerable underbelly of transparency and integrity.

I have checked these questions with the Department of Infrastructure. They assure me that the Department will follow policies and procedures for the procurement of services, labour and material for this project. They promise they will review and approve the procurement methodologies to ensure integrity. They assure me that they take pride in ensuring that the project will be able to stand up to national and international scrutiny from a technical, engineering, financial, and management perspectives.

I hope so. It will be a fresh start. After all, they have not always done it before. There are no accounts and no reports published for the now 4-year old airport extension. No member of the public knows who got the tens of millions spent on that project.

Ask the Hon Edison Baird if you don’t believe me.

What is this about $12 million? I thought we were brokes!

And, do we have any confidence that the up-to-now secret policies and procedures for tendering services, labour and materials have any integrity?