Government has not done its duty to the public and instructed the Attorney General to bring an action in the High Court to protect access to . has always had a public road leading from the main road to the beach. It used to be the public road to the old, demolished, Coccoloba Hotel. 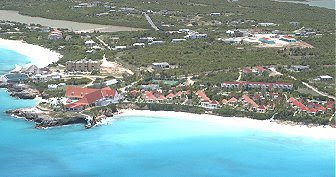 It has been used from time immemorial, in a West Indian sense, by members of the public. Section 138 of the Registered Land Act provides that peaceable, open and uninterrupted use of a private road for 20 years creates a prescriptive right. The old road has been used as a public right of way since I came to live in in 1976, and that is more than 30 years ago. 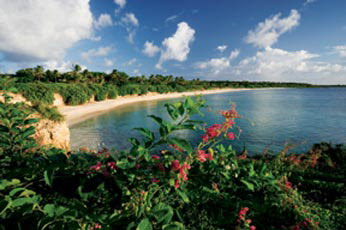 The original public access to has never been blocked off or otherwise treated as a private road during all that time. 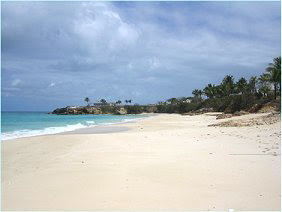 Of course the road is not and probably never has been marked as a public road on any map. But, every Anguillian, particularly those from West End, remembers being able to access the Bay by vehicle along that road since vehicles came to . Very few public roads in have been registered as public roads. That does not stop a public road from being a public road. It just means that the relevant authorities are being cowardly negligent in protecting the public rights of way. 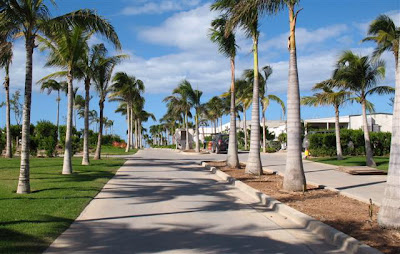 When Viceroy began construction, they blocked the original public road. With government’s permission, they provided alternative public access to at the western end of the project, just before the Mangos Restaurant entrance, with parking provided. 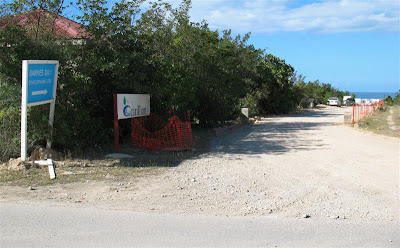 As of a week ago, Viceroy has begun denying the public access to this road to the beach. The road block, guard, and guard house is down the road, behind the grey SUV parked on the left in the photo below. 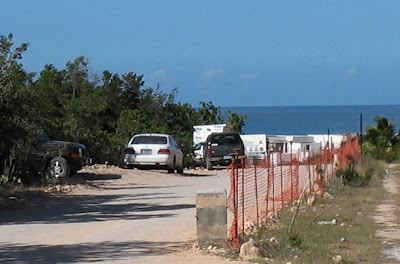 The only other possibility for accessing is to use the Mangos private parking lot designed for customers of the restaurant only. Or, you can always charter a boat. 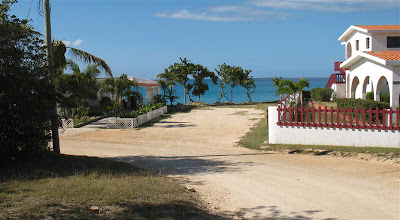 The Hon Belto Hughes, long-time campaigner for preserving public rights of way in the West End of Anguilla, cannot bring an action in the High Court to enforce the public right of way. The law says only the Attorney-General can bring a court action to protect a public right of way. The Hon Dr Wilhelm Bourne, A-G of , will not act unless he is instructed to do so by Executive Council. Executive Council cannot give instructions to the AG, except on the basis of a paper presented to it by the Minister of Lands. The Chief Minister and Minister of Lands, the Hon Osborne Fleming, cannot produce a paper by himself, he depends on his Permanent Secretary and his other technocrats to do it for him. PS Foster Rogers cannot produce a paper out of thin air, he depends on his subordinates, Mr Vincent Proctor, Director of the Planning Department, and Mr Gifford Connor, the Registrar of Lands and Director of Surveys, to help him to prepare the necessary paper for ExCo. And, since all of these gentlemen are fast asleep on this issue, we can well expect that nothing will get done.

I feel bad for the children. They will never be able to enjoy what we once had.