The , Benedict, . That is where I went to primary and secondary school from the years 1955 to 1964. The monks tried very hard to make me a Christian. They succeeded while I was a boy. And then, as admonishes us, I became a man and I put aside childish things. 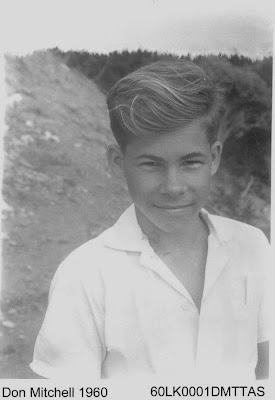 Don as an Abbey School student


Last weekend, we had our second school reunion since I left in 1964 to continue my studies.
If you have ever driven from Piarco to Port-of-Spain, you may have seen my old School on the hillside in the above Tunapuna village. The white painted structures stand out as clearly as a beacon against the green hills. Even Fidel Castro noticed them as he drove past when he came to in 1958, and could not resist a visit. I remember him, bearded and wearing his military fatigues, and all of us little boys standing waving on the road side in awe of the great man. 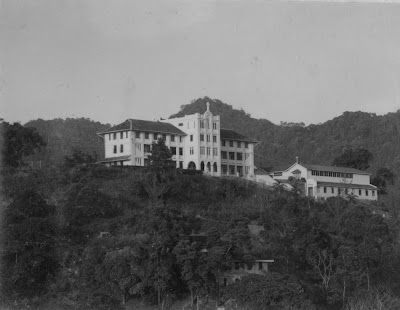 The Abbey School as it looked when I was there


It was good to see the old buildings again after the passage of nearly fifty years. We were permitted to visit the school on Saturday morning. Guided by management, we explored every room and passageway. The institution is now turned over to serving as a drugs rehabilitation centre. It has finally found a socially redeeming purpose, you might say. 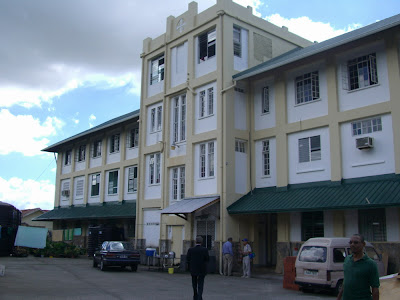 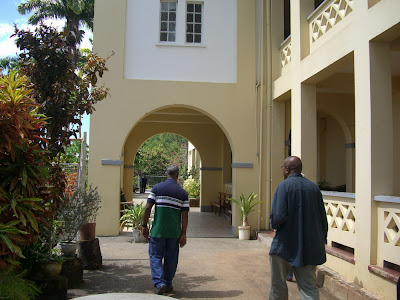 Front of the school 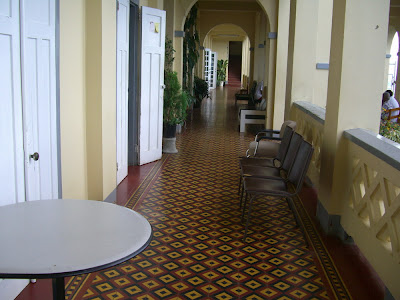 The front corridor of the school 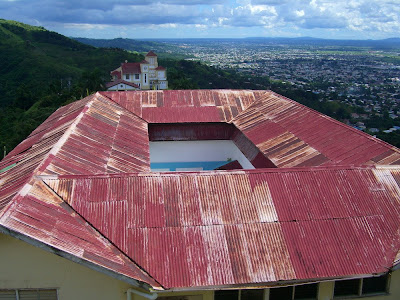 Roof over the Small Boys' Dorm


The view over the Caroni Plain was as breathtaking as I remembered it. 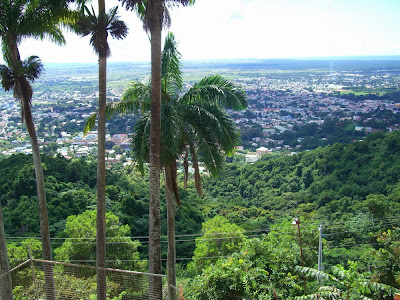 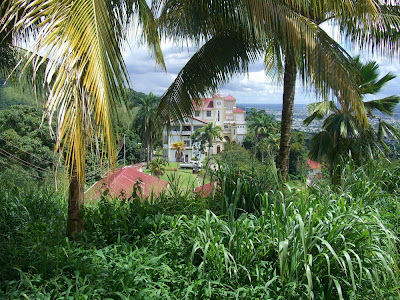 The Abbey viewed from the Clinic


The forest around the school was my playground. Six strokes on my backside with a cane every Monday morning at 9:00 am for five years was my punishment for refusing to have anything to do with cricket and the cricket field. Instead, I spent the free time running wild in the bush. 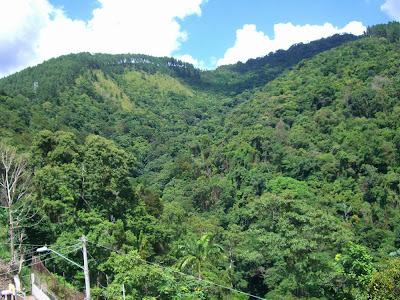 White Stones on the left, with Mt Tabor on the right in the distance 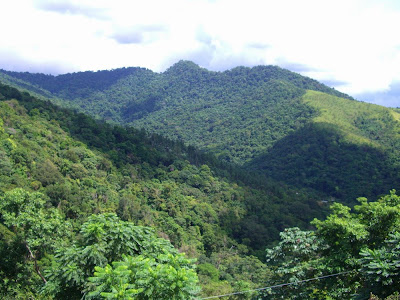 Forest to the north-east of the school


The oldest of the climbers among us was seventy-three years old. I knew I was a spring chicken by comparison. The plan was to climb up to White Stones, the mountain that towers above the school. 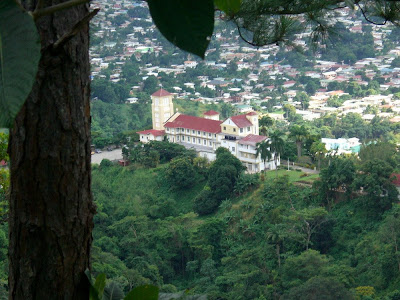 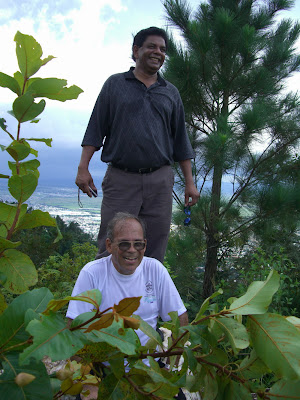 Sitting on a white stone at White Stones 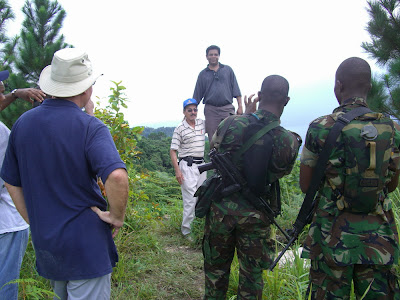 
Finally, we found the ruins of the original Monastery at Mt Tabor, high up above White Stones. 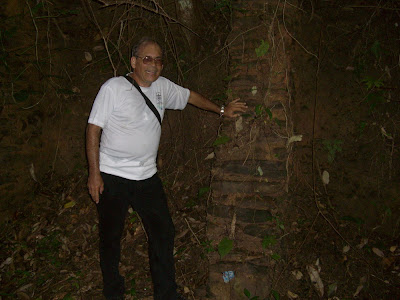 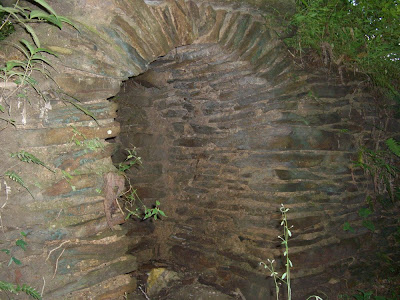 
On the Sunday, the Khans entertained us all to a picnic lunch at Mayaro Beach. I was particularly charmed by the sight of a column of demure Indian girls wading out to sea in their saris, casting fruit and flowers about them as they went. A fertility ritual, I imagined. Personally, at my age, I am only capable of considering Lashmi in her aspect of Kali, the old crone, the goddess of destruction! 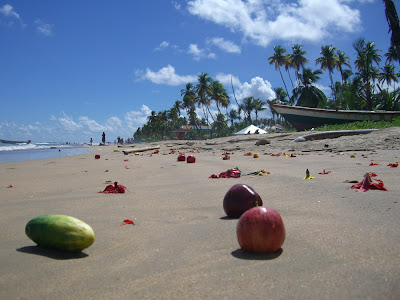 Offerings from a Hindu fertility ritual at Mayaro Beach 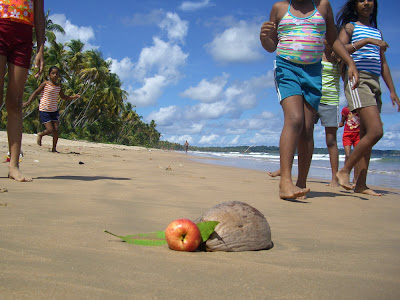 
“Sic transit gloria mundi”, as Thomas a Kempis warned in his memorable Imitatio Christi. I must have been about twelve when I read the translation.
And, “Never be entirely idle: but either be reading, or writing, or praying, or meditating, or endeavouring something for the public good”.
Posted by idmitch at Thursday, November 13, 2008