When a senior Civil Servant stands up for right, we should all stand up for her. The has produced a Report that contains critical information on a wide range of children’s issues, including child abuse. The Report is titled The Risk and Vulnerability Facing Children. It was designed for all the as part of the ’s commitment to comply with its Rights of the Child Convention obligations across its territories. The Report included a strategic plan for dealing with the issues. It was submitted to all the in March 2007.

As usual with all important social reform initiatives that were not thought up by a politician, the Report appears to have fallen into the black holes that exist at all our Ministries of Health.

Last September, the were asked to provide a status report on the implementation of their strategic plans to carry out the recommendations of the Report. is one of those territories. Child abuse and neglect is no less a serious and widespread problem in Anguilla than it is in the .

I wonder whether was honest enough to admit that no action has taken place since the Report was submitted. But, we shall never know. That information is, as usual, confidential.

Deanna Look Loy of the is one brave woman. She is their Child and Family Services Director. She had been calling in vain on her Ministry of Health to implement the Report. To date she has not received a reply. Then she began demanding that immediate action be taken by the Child and Family Services Department to implement the Report. Still no response. Now, she has gone public. 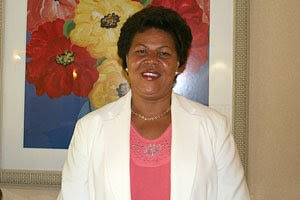 You might say that she has ratted on her Permanent Secretary.

If she was a senior public servant in , she would have been transferred to our equivalent of the Gulag by now.

The cynical would say that Ms Look Loy must be very close to retirement age for her to dare do such a thing. Her photograph shows that nothing could be further from the truth. She is just one brave woman.