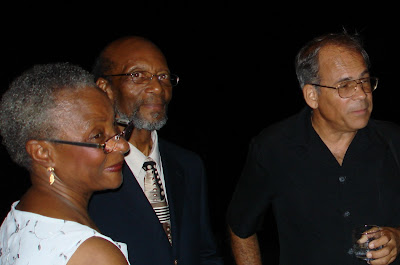 It almost seems like the new Government has been following this blog. Either that, or its policy makers are avid readers of the Barbados Free Press. If the Barbados Free Press is the most important medium in the demanding integrity in public service, then the Caribbean Net News is the only worthwhile regional provider of up to date political, economic, and social news. I make the time to read them both each day. If you have any real interest or involvement in the , I urge you to do the same.

What can only be described as a flush of pleasure ran through me when I read the Net News story from today. It reported on the first sitting of the Grenada House of Representatives since Tillman Thomas became Prime Minister. Governor General Danny Williams read the Throne Speech. This was the extract that really got my attention:

“The Governor General announced that the government will set up an Integrity Commission to ensure integrity in public life. The Commission, he said, will obtain declaration of the assets and liabilities and income of persons in public life.

He also said a Public Procurement Authority will be established to regulate public procurement and practices in the Public Service.

In a move to prevent corruption, the Governor General also announced the establishment of an Investment Policy Review Committee to look at investment proposals (local and foreign) before they are considered by Cabinet, as well as a National Economic Council to advise the Government on macro-economic policies and other major issues.

Sir Daniel also announced the appointment of an Ombudsman, who will have the power to investigate the administrative actions taken by on behalf of Government and other public authorities, including statutory corporations.

He also said that the government will concentrate on good governance, reducing the cost of living and stronger economic management.”

These are issues we in can only dream about. We can imagine how much of an improvement could be made in our government if we had one half of these measures in place. Unfortunately, with a government that runs the country like it is a second hand car sales outlet, we have no hope at all.

If PM Thomas really means what he says, then has a hope for recovery. None of us will ever forget how the police and coast guard of pirated the Red Cross and other humanitarian relief vessels that went from Trinidad to after Hurricane Ivan in 2004. And, they got away with it scot free. If he is really serious, then one of the most corrupt, failed states in the may yet be turned around. If it is just empty promises, like PM David Thompson of seems to be making, then we shall have been betrayed by our leaders once again.

Let us give PM Thomas the traditional first one hundred day honeymoon period to see what he actually does about these promises.