Time for Written Submissions to the Foreign Affairs Committee has been Extended to 31 January. There has been no announcement in . Not by government. Not in the local press. Not on a single radio station. There has been a deathly hush all over. No, it is neither a conspiracy nor fear. It is pure indifference. We Anguillians have it good. Financially, at least. We have no time for concerns about where our island is going. We are busy earning a dollar. We have not a moment to give a thought for the island our children will inherit. After all, we do not have the time to give them breakfast or a lunch package in the morning when they set off to school. We give each of them a hundred dollar bill, and tell them to buy breakfast and lunch on the road. You cannot expect more loving care from us than that!

The British FAC is making an inquiry into how our are governed. They have invited written as well as oral submissions. Any one of us can write to the Committee. We can express any concern we might have about some matter of good, indifferent or bad governance. I seriously doubt any of us in has written in. Well, we have until January 31 to do so. That is the new, extended, closing date for making written submissions to the FAC.

Compare our situation to that of the people of the . The TCI have a transparent system when it comes to tenders. So says Premier Michael Misick. 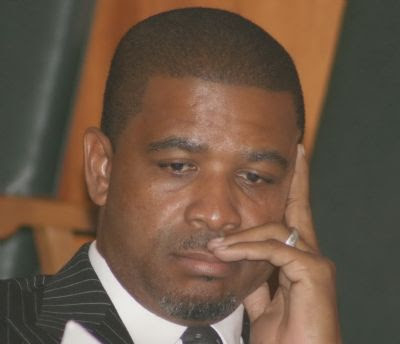 In TCI, there is a process in place at ministerial level for the allocation of Crown land. Parliament has a register of interests. The government is in the process of putting anti-corruption legislation in place to ensure that corruption does not rear its ugly head in that Territory. The police are within the ambit of the governor. There is an independent non-political Attorney-General responsible for prosecutions. Belonger status is given by the entire Cabinet, and not by one person. The Governor is the chairperson of Cabinet, and does not have to accept the advice of Cabinet. Our Anguillian public service and elected officials have much a greater autonomy than the government of TCI. Most of these checks and balances found in the TCI do not apply in . Belonger status is given in by an expert committee set up by a law. Our governor is obliged to accept the advice of our ExCo. Our parliamentarians do not have to disclose their assets to anyone. We could do with some of those TCI provisions in .

Yet, in spite of these safeguards, accusations from TCI citizens continue to pour into the FAC about the poor level of governance in the TCI. According Mike Gapes MP, chairperson of the FAC, over one third of all written submissions received by the FAC from all the put together have come from the TCI. This suggests an extraordinary degree of concern among the citizens of that Territory. Compare that with , where there is no hint that any person has made any written submission to it. That, in spite of the many problems with governance that we all know about.

There is still time for you to change your mind. It is all our duty to be concerned about integrity in public life in . You might try accessing the FAC website. There you will get all the information you will need on how to make a written submission to the FAC. You have until 31 January.

A report on the will be produced at the end of the Inquiry, for submission to the House of Commons and the Foreign and Commonwealth Office. It would be sad to read in it that no one in had anything to say.

Me? I made all my contribution when the Constitutional Commissioners delivered their report to government on 26 August 2006. I have nothing further of value to add!