Land Development in Clicks into Overgear just as the World Economy goes into Recession. It is great to see that Anguillians are getting in on the land development act. We were all afraid that only foreign developers would receive the benefits of government’s light hand when it comes to matters of the environment and planning. When Flag at was given the green light to do more or less what it wanted, we were all a bit shocked. Then the Kor/Viceroy boys at Barnes Bay were given the green light to do whatever they wanted, regardless of the environmental implications. Some persons even said that it was only because these were foreign corporations that government was not insisting that they build according to the strict standards that previous developers had been subjected to. Now, we know better. Even local developers are to benefit from government’s liberality.

I recently came into possession of the proposals for the Conch Bay Project, and I thought I would share them with all Anguillians. This project is not something that we should keep quiet about. Actually, it is very well advertised. A Google search for “Fairmont Anguilla” came up with 831 results.

These are some of the artist’s renditions. Clicking on the photographs will enlarge them for better viewing. 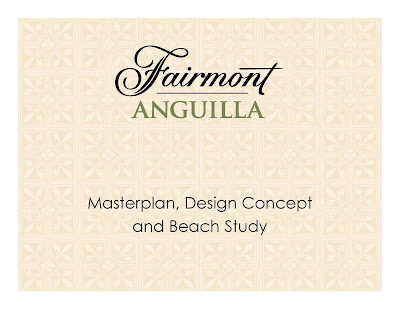 The project is certainly the biggest and most ambitious of all those planned for . It will transform the south coast of . 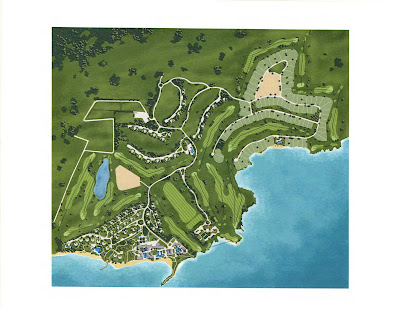 There will be a golf course. 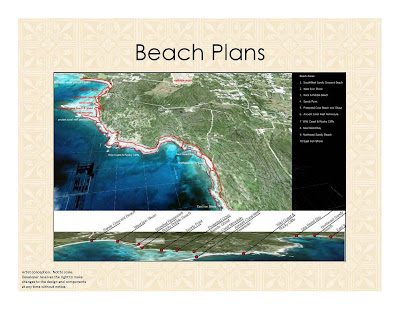 There are plans for the beaches and coastline. 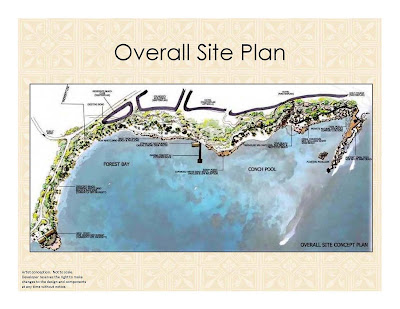 The Overall Site Concept Plan gives an idea of the magnitude of the project. It may be my eyesight, but I seem to have lost the public road to Forest Bay and as far as the government jetty. Has it all been given away? 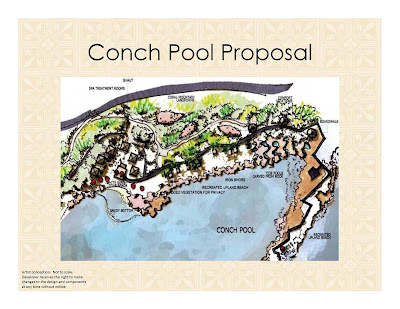 Beaches will be recreated where they do not exist. 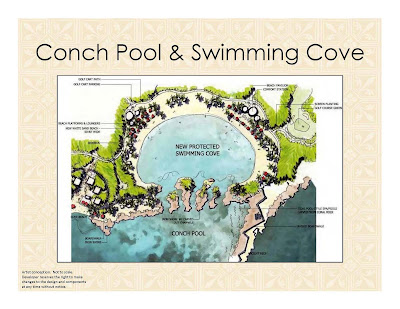 Another interesting concept is to blast out the rock and to create a new swimming area. 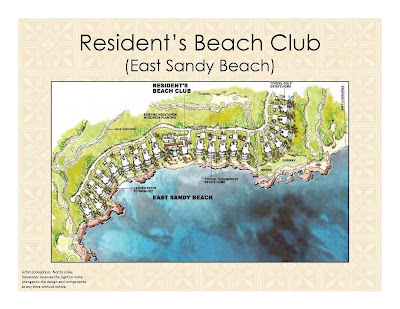 A residents’ beach club will be created.

The Memorandum of Understanding was signed by government in January 2007. The MOU provided an extremely liberal planning regime for the developer. An Environmental Impact Assessment was called for. But it was not to be taken seriously. Government assured the developers that they would not be bound by anything negative disclosed in the EIA, nor be subject to any control by the Land Development Control Committee. And so it should be. Why should only foreign owned developments be permitted to ignore the recommendations of the Planning Department? Why should any one be concerned about something as ephemeral as the environment? Anguillians, or some of them anyway, have to get their slice of the pie! The Anguilla National Trust was shouting into the wind when it wrote:

The performance of an EIA almost seems like a process in futility since the Memorandum of Agreement, as signed between the GoA and the developer restricts the application of the results in as far as the recommendations contravene what the developer deems to be significant alterations. This term is not only subjective, but it leaves very little room for remedial or alternative measures to be employed even if it is the best interest of the communities to be affected, the country and the project as a whole. The ANT therefore suggests that the LDCC recommends to the Executive Council that in the future all DRAFT Memoranda of Agreements should at least be commented upon by the LDCC before finalization and signing.

Of course, nobody will be paying any attention to this type of reasoning. Damien is going off to work in the private sector. And, we don't need any public beach to be left in Anguilla. We can all use our swimming pools.