Cayman Government Publishes Mid-Term Report. I was impressed when I read that the government of the Hon Kurt Tibbetts of has published a report on what it has accomplished and what it still plans to do [link here] . Mr Tibbetts calls it his government’s “Mid-Term Report” [link here] . His government took office two years ago with a pledge to the people that it would embrace a style of government that was open, honest and transparent. As he says, such a report is an ideal vehicle for delivering on this commitment of openness. Copies of it have been left at places all over the country for members of the public to pick up and keep. 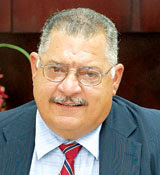 Of course, his government is still brand new, and full of energy and good intentions. Most governments in their first term, when they are not yet burned out and jaded, make gestures like this. As the years go by, and the pressures of holding high political office take their toll, one of the first attributes to go out the window is transparency and openness. Ministers become worn out and reluctant to discuss what is happening in the country. After that, it seems always to be the same old, same old.

What about us in ? Have we ever had a Mid-Term Report? If so, when was the last one? Isn't one due?