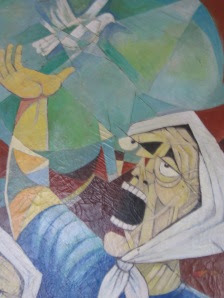 The second of our fundamental rights enshrined in the 1982 Constitution is the right to personal liberty.  That refers to our right not to be locked up in a police cell, or a prison, or a hospital ward, or in any other place of any description, without our consent, or unless some law permits it.
Section 3 of our Constitution provides:
Protection of right to personal liberty
3. (1) No person shall be deprived of his personal liberty save as may be authorised by law in any of the following cases, that is to say—
So, no government officer can order us, even under penalty of arrest, to go to any office building, or police station, or hospital, or health clinic, except there is a law giving them that power.
As we can expect, there are various exceptions to this fundamental right to personal liberty.  They are all situations authorised by law.  Our House of Assembly has to pass a law that infringes our right to freedom.  No government can by mere executive decision or action take away this fundamental right.
The first of these exceptions is in consequence of our "unfitness to plead to a criminal charge".  So, if I commit a crime, and come before the court, the court may be satisfied that my mental condition makes me unfit to stand trial.  Does that mean that I am set free to commit another crime?  No, the court can order me confined in some safe place prescribed under the Mental Health Act until the court is satisfied that I am fit to plead to the charge.  Then, when I am better, the court can proceed to try me and to impose such sentence as it considers fit.  But, note that it is the court that orders me deprived of my liberty, and the court does it under the power given to it by an Act.  I cannot be detained under this exception by a person who does not have the legal right to do so.
There is another more obvious way that a court can order me confined.  That is, "in execution of the sentence or order of a court".  This may be a court established in or some other country, in respect of a criminal offence of which I have been convicted.   This exception is limited to where a court has sentenced me to a term of imprisonment.  Note that, under this exception, if the police find an escaped prisoner from St Maarten at large in Anguilla, they can arrest him.  The Anguilla court can order him confined even though he has not done anything against the law in .  That is as it should be.  If a prisoner escaped from Anguilla and went to St Maarten, we would expect the police and the courts in St Maarten to respect the sentence of the court in Anguilla.  We would want the escaped prisoner confined until he could be brought back to to continue serving his sentence.
The third exception is where a judge sentences a lawyer or some other person to serve a term of confinement for being in contempt of court.  It is lawful for us to be deprived of our personal liberty in execution of an order of the High Court or the Court of Appeal or such other court as may be prescribed by the Legislature on the grounds of our contempt of any such court or of another court or tribunal.  Note that the power to order a person who is in contempt of court is limited to the High Court and the Court of Appeal.  A Magistrate would only have the power to confine a person who is in contempt of the Magistrate's Court if a law passed by the Legislature gives that power.  And, no law in does so.
A High Court has the widest power to commit a person in contempt of its order to imprisonment, providing the rules are followed.  If I say anything rude to the judge, she can hold a hearing and send me to prison, say, for a week.  A Magistrate, by comparison, has a very limited power to punish for contempt.  The normal way in which a Magistrate can imprison a person for contempt is where the Magistrate has ordered the person to pay a debt, or child support, and the debtor has refused to pay without a good reason.  Additionally, where the Magistrate has ordered someone to do something, or to stop doing something, and the person persists, the magistrate may imprison the offender for up to 10 days.  If someone is rude in the Magistrate's Court, the Magistrate may be able to fine the person, but he cannot commit him to a term of imprisonment in the same way a judge can.  I have known of exceptional cases where a person has been brought before the Judge of the High Court on a charge of contempt in a Magistrate's Court.  Only a High Court Judge can order a person to serve a term of imprisonment for behaving badly in a Magistrate's Court.
To be continued. 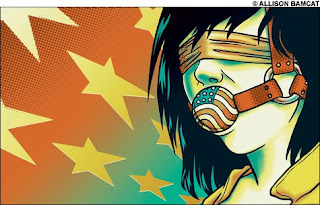