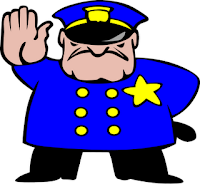 Arrested without a warrant.  We are looking at the lawful ways in which our second fundamental right under our 1982 Constitution of Anguilla can be taken away from us.  One way is when we are arrested by a police officer.  The old common law rules governing the powers of arrest without a warrant have been greatly expanded by statute.  Under the common law, a great deal turned on whether or not the offence that had been committed was a felony or was only a misdemeanour.  The common law rule was that where a police officer had reason to believe that I had committed or was about to commit a felony he could arrest me without a warrant.  In the case of a lesser offence, a misdemeanour or a summary charge, generally  speaking, in the absence of special statutory power, an officer without a warrant could only arrest me if I had committed the misdemeanour in his presence or if the officer believed I might escape or cause injury to some person or property.
Since the year 2000, section 356 of the Criminal Code provides the new rules for arrest without warrant.  The new rule, is, basically, that a police officer may arrest without warrant a person who has committed an offence that carries a penalty of 5 years imprisonment or longer.  Such an offence is called an arrestable offence.  If the offence is not an arrestable offence, that is, has a maximum sentence of less than 5 years imprisonment, then the officer will be very unwise to arrest the offender.  It is his duty instead to make a report of the commission of the crime at the police station, and to let the Inspector decide whether or not to issue a complaint to the Magistrate's Court.  If a complaint is filed before the Magistrate, the Magistrate will issue a “summons” for the accused person to appear in court to answer the charge.
The police officer cannot simply arrest without warrant a person whom he suspects of having committed an offence which carries a penalty of less than 5 years.  Police officers go to police school and are required to study the Criminal Code so that they can be knowledgeable about which offences they can arrest without a warrant, and which ones they must get a warrant for.
To summarise section 356:
(a) Any police officer or private citizen may arrest without warrant a person whom he has reasonable cause to suspect is in the act of committing an arrestable offence.  Remember that an arrestable offence is one which carries a maximum penalty of 5 years imprisonment or more.
(b) Where an arrestable offence has been committed, any police officer or private citizen may arrest without warrant a person whom he, with reasonable cause, suspects to be guilty of the offence.
In considering whether to carry out an arrest without a warrant, a police constable may often be in a difficult position.  If he delays making an arrest, vital evidence may be lost, and a crime go unpunished.  On the other hand, if he acts too hastily in arresting, he may be held liable for false imprisonment.  The rules are that he may arrest you if he does not know your name and cannot get it, if he thinks you have given a false name, if you have not given a satisfactory address where he can contact you or if you have given a false address, or if arrest is necessary to prevent you causing physical injury to someone or causing loss or damage to property, or causing an unlawful obstruction of the highway, or if he has reasonable grounds for believing that arrest is necessary to protect a child or other vulnerable person.
The test for determining whether an arresting officer had reasonable cause for making the arrest is whether a reasonable person, assumed to know the law and possessed of the information which was in fact possessed by the officer, would believe that there was at the time of the arrest reasonable and probable cause for it.  As Wooding CJ said in the 1965 Trinidadian case of Irish v Barry,
“The right or power of arrest without warrant ought never to be lightly used. Those who possess it ought, before exercising it, to be observant, receptive and open minded, not hasty in jumping to conclusions on inadequate grounds.  Caution should be exercised before depriving any person of his liberty, and more especially so when no prejudice will result from any consequent delay.”
Where there is only a suspicion that an arrestable offence has been committed, a police officer, but not a private citizen, may arrest without warrant a person whom he reasonably suspects to be guilty of that offence.  But, he should not jump to do so.  The rule is that if there is nothing to be lost by simply reporting the offender and having a summons issued for him to appear in court, then it is safer not to arrest him, nice as that might make the police officer feel.
Finally, under section 356, where there is only a suspicion that an arrestable offence is about to be committed, a police officer but not a private citizen, may arrest without a warrant.
There are a number of other laws that give police constables, customs officers, forestry agents, and numerous other officials, powers of arrest without a warrant.  Examples from our laws in Anguilla are section 39 of the Firearms Act (possessing a firearm without a licence); section 49 of the Vehicles and Road Traffic Act  (driving under the influence of alcohol or drugs); section 25 of the Drugs (Prevention of Misuse) Act (any person whom he with reasonable cause suspects of having committed an offence under the Act).  Police officers are expected to study these laws carefully so as not to exceed their powers when arresting a citizen. 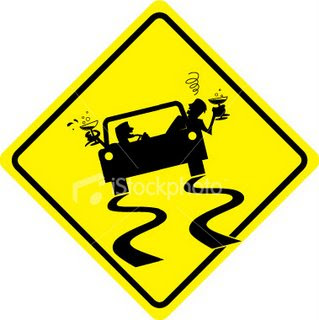