In conversation with a group of students at the local recently, the subject of evolution came up.  One student asked me if I believed in the “theory of evolution”.  I answered that the evolution of new species is no longer classed as a theory: it is a recognised fact.  ’s theory of natural selection as the engine that drives evolution may be described as a theory, but not the fact of evolution itself.  This response was met by a sea of disbelieving faces.  Disconcerted, I asked the youngsters how many of them believed that evolution was a false theory.  Every one of them nodded his or her head in agreement with the assertion.  Not a single student declared confidence in the science of evolution.  These were senior students, mind you, about to graduate from High School.  They were not small and untutored children from a junior school.  To say that I was shocked would not be sufficient.  I was stunned.  Could it be, I asked myself, that our education system in is teaching the discredited theory of creationism as if it were science?

I was educated in a religious school in in the 1950s and 1960s.  My biology teacher was a priest and minister of religion.  He taught us then that the evolution of species was an accepted fact.  We learned that the story of the creation, the Old Testament story of the Garden of Eden and God’s creation of all the known animals at the time of the beginning of the world, was meant to be taken as metaphor, not fact.  We were taught as good Catholics that God had made man in his image.  God had done this by breathing an immortal soul into him at some stage in the distant past when our physical bodies had evolved into homo sapiens.  I have long ago rejected as fantasy the whole structure of the Judeo-Christian myths.  I had not realized that anyone today still believed in the discredited Jewish creation story as science.

After the encounter, I enquired around.  I checked the CXC website for the biology syllabus.  I could not find it available on-line.  It would appear you have to buy it.  I checked two recent schools’ reports on the CXC exam results.  Neither mentioned either of the words ‘evolution’ or ‘creationism’.  I could not find out what the title of the recommended CXC biology text book was.  I would love to check it to see what version of science it teaches.  Maybe I can find out who the biology teacher is, and have a look at the recommended text-book.

I asked one educated mother who is a friend of mine whether she knew that the school was filling her daughter’s mind with superstitious nonsense instead of science.  She smiled.  She said, “No point fighting it, Don.  It is the duty of every parent to give their children a proper grounding.  All kinds of nonsense are taught in schools all around the world.  We have to learn as we grow up what to reject and what to keep.”  She probably gave me very sensible advice.  But, I was not satisfied.  What about the children of uneducated and unsophisticated parents?  Are they not hoping that their children are being properly taught in school so that they can compete in the outside world of ideas?  They know they cannot do it themselves.  I came away with the realization that in it must be generally accepted that the creation version of the origin of species may be taught in our school system as science.

I know what I would do if I had a child who was being taught in school that the earth is flat, that the earth is the centre of the universe, that the sun goes around the world each day, and that God created the earth on 23 October 4004 BC.  These were all religious beliefs that were taught as science at one time by Christians in school.  I would be very angry indeed. 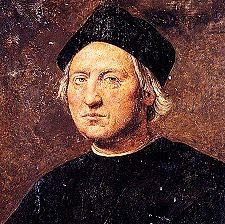 was warned by the religious leaders of his day that if he sailed westwards to the horizon, he would fall off the edge of the world.  The Church taught that the Bible said that the earth was flat.  ignored them and in 1492 sailed west to increase our knowledge. 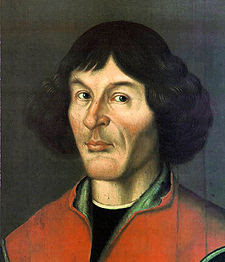 Copernicus demonstrated in 1540 that the sun did not orbit the earth as taught by the church.  He died before they could burn him at the stake, as he deserved for going against the Bible. 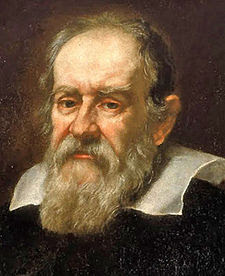 Galileo was condemned and imprisoned for life in 1616 for showing that the earth was not the centre of the universe, as taught at the time by the Christian Church.

In the religiously conservative State of in 1925, biology teacher John Scopes began teaching evolution to his students.  This was contrary to a law passed by the state legislature.  It was illegal to teach evolution in some States of the .  William Jennings Bryan, a conservative Christian fundamentalist, led the charge to ban the teaching of evolution in US schools.  He joined the team prosecuting Scopes for the offence of teaching evolution.  Clarence Darrow, a prominent freedom of speech advocate, joined the defence team.  Scopes was found guilty, and fined $100.00.  But the conviction was dismissed by the Supreme Court with the damming comment, “Nothing is to be gained by prolonging the life of this bizarre case”.  Since that time the creationist theory of the origin of human life has not been taught in public schools anywhere in the civilized world.  Except, it seems, in . 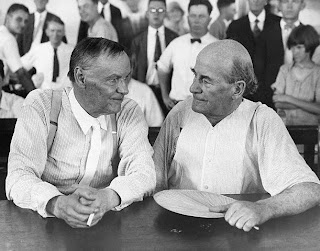 The Book of Genesis is a religious tract written for credulous shepherds who lived three thousand years ago.  It preserves the narcotic-induced ravings of the followers of a sociopathic god.  The whole schema was discredited two thousand years ago by Jesus of Nazareth, who brought the New Testament to replace the earlier barbaric teachings of the Old Testament.  Human knowledge has gone a long way since both these works were put together.  Their teachings may be broadcast in church to terrify little children into submission, but they have no place in a science class in any school today.

What is the point of all this?  It is this: has over the past hundred years produced hundreds of scholars of the highest distinction, including in the sciences.  We have produced neurosurgeons, engineers and technicians of every type.  They must have been taught real science, not myth, to have got where they did.  At some point between my sitting of O-level exams in 1964 and the CXC syllabus of today, the students of Anguilla appear to have begun to be indoctrinated in pseudo-religious beliefs that I thought had long ago been discredited.  It is with regret that I conclude that, due to the ignorance taught by our science teachers, Anguillian students are now blocked from advancement in careers founded on science.

My fear is that we will no longer be able to produce a competent chemist, geologist, archaeologist, geneticist, or other hard scientist.  This sad state of affairs will persist so long as we continue to teach our students ‘creation science’ and ‘intelligent design’, two warped and inaccurate versions of biology, the science of life.

Educated religious teachers no longer instruct children in idiotic pre-science beliefs.  These have been so thoroughly discredited that I had mistakenly thought that only a nincompoop would teach them today.