On Tuesday 6 May 2008, the High Court instructed the Dolphin Discovery people to obey the following order:

“That all construction of all piers or structures or any encroachment on the foreshore or floor of the sea in whatever manner at the Sandy Point Beach or in the waters forming the Port at Blowing Point by any persons whether by themselves, their servants or agents, in violation of the requisite licensing provisions of the Beach Control Act and the Ports, Harbours and Piers Act cease forthwith until further order.”

What happened the following day, Wednesday 7 May? Did the Dolphin Discovery people comply? No, they carried on working at full speed. The following photograph was taken on Wednesday. It appears to show the Mexican workers placing a new pole in place at the dolphin pen at Sandy Point: 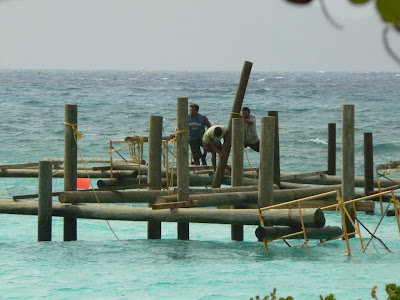 And what was photographed the following day, Thursday 8 May? Did they obey the court order and stop work? No, construction work continued at full speed. According to my correspondent, at about 11:00 am there were five or six workmen carrying telephone poles, cutting steel rebar and drilling on the piers. Illegal work appears to have continued at night by the use of powerful lights. The work that was done at night must have been phenomenal. The aerial photographs presented in court showed the walkways unfinished. By today, Thursday, the walkways were all covered in boards making it easy to walk around the dolphin pens. My photographer was only able to shoot a couple of photographs during daylight hours. They show the following: 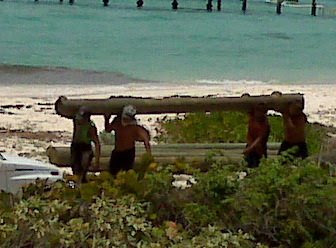 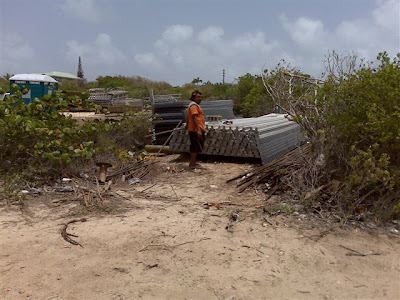 But, today, Friday 9 May, Mr Ivor Green, Senior Crown Counsel of the A-G's Chambers, attended at Dolphin Discovery at Blowing Point. The Mexicans were still hard at work on the illegal construction. Some tough talking must have taken place. All construction work appears now to have stopped. Here we see a couple of photographs of Mr Green first arriving at the work site and then meeting with the workmen and then apparently demanding that all work cease: 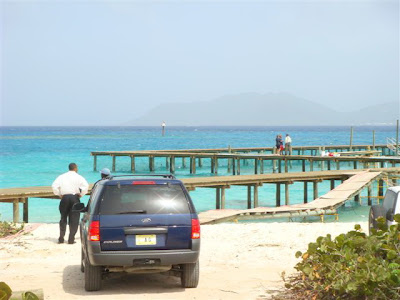 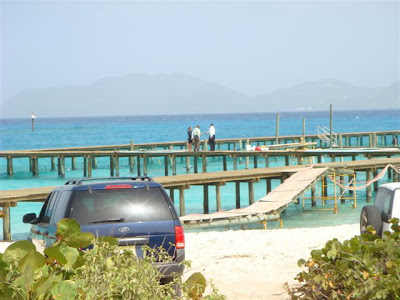 I guess we are all now safe, basking in the rule of law? Do we not feel safe and comforted?

Have we not earned the right to “full internal self-government”?