Anguillians Want an Independent Public Service Commission to Assist the Governor in Exercising his Powers over the Public Service.

Under our system in Anguilla, the public service is independent and non-political. This applies at all

levels, from the permanent secretary down to the newest clerical officer. No Minister of Government has a say in their appointment or dismissal. This is reserved for a non-political body, the Governor. At present, the Anguilla Constitution 1982 provides that the public service come under the Governor. Section 28(2) says that

That is an antiquated, outdated provision. That arrangement is not repeated in modern constitutional arrangements.

Our constitutional fore-fathers chose the Governor in order to make it clear that the public service was to remain non-political. It is a basic constitutional tenet that the Governor is not placed over the public service to show how important he is. He is not put in that position because there is something special about a Governor. He serves the public interest. He is put there in order to guarantee that the political leadership will not interfere in the appointment, terms of service, or discipline of public servants.

During the Constitutional and Electoral Reform Commission’s work in early 2006, all Anguillians who made submissions on the topic wanted the political independence of the public service to continue. Not a single person, including Ministers and other politicians, wanted the public service to be headed by a Minister. Most want the head of the service to continue to be an Anguillian Deputy Governor. Most were of the view that he should be obliged to act on the advice of an independent PSC.

The new Constitution should provide for the PSC to be the body that ensures the independence of the public service, not the Governor or the Deputy Governor.

Similarly, the teaching service should be under the supervision of an independent, expert body known as the Teaching Service Commission.

This will not be difficult to do. The new Virgin Islands Constitution provides for both Commissions. The BVI Govrnor has to take their advice. That is a precedent we could easily follow. It does not take a drafting expert to change Virgin Islands to Anguilla. Anguillians want it. The British have no objection to it. 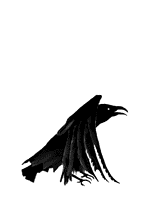