Financial Services Commission. International financial services is one of the areas that are in the Governor's reserved powers. This is found in section 28(2)(a) of the Anguilla Constitution

1982. This area of governance used to be purely local. The Minister of Finance issued offshore banking licences. Then came the BCCI Financial Scandal in 1990.

Some Pakistani bankers operating out of England defrauded thousands of depositors. The Bank of England was accused by the international press of negligence. It had allowed the Overseas Territories to form subsidiary companies used by BCCI in the frauds. The Bank of England pointed out it had no jurisdiction in the Overseas Territories. The FCO asked the local Ministries of Finance to clean up their acts. They did not move quickly enough. They made mistakes. One was to take away Allen Stanford's Montserrat offshore banking licence. He relocated to Antigua. He sued the Montserrat government. The case took years to complete. The court decided that the Montserrat authorities had acted unconstitutionally. Damages were awarded. Meanwhile, the British Government had taken away international financial services from all the BOT Ministries of Finance. They gave it to the Governors to handle. In Anguilla, they did this by The Anguilla Constitution (Amendment) Order 1990, Statutory Instrument 1990/587.

The Governors could not by themselves regulate banking, insurance, trust companies, mutual funds, and the like. They had laws passed setting up Financial Services Commissions. The law in Anguilla is The Financial Services Commission Act, Chapter F28 of the Revised Statutes of Anguilla. The Commission gives out licences, and penalise those companies that do not follow the rules. The Commission carries out the responsibilities of the Governor in the regulation of international financial services. He does not do it personally.

Most persons in the industry consider this system works well. It is preferable to going hat in hand to a Governor to beg for a licence. That is almost as bad as the previous system. In some islands it meant going cash in hand to the Minister to obtain a licence. A Commission of professionally trained persons charged with the responsibility of carrying out the policies of government is far preferable. In theory, the Governor could still resume direct control of the industry. The Constitution has vested him with that power.

It is now time to step up the system to reflect our growning political maturity and ability to govern ourselves. Accordingly, in August 2006, the Constitutional and Electoral Reform Commission presented its Recommendations to Government. The relevant ones read:

57. Supervision of International Financial Services. It is generally agreed that Anguilla benefits internationally from the Governor’s power of supervision of the industry. It is to our advantage to be able to claim that the industry is subject to a higher supervision than can be provided locally. The Governor’s power to supervise is in practice carried out by the Financial Services Commission.

We are not speaking about rocket science. This is a relatively simple matter to accomplish constitutionally. There could be a section which reads something like:

“There shall be for Anguilla a Financial Services Commission which shall be established as a body corporate with perpetual succession and a corporate seal and which shall be responsible for the regulation of the international financial services industry and having such specific functions and powers and a board to be appointed by the Governor all as may be set out in a law.”

There are other general provisions that should apply to all Commissions. These would be set out in a section of general applicability in the Constitution It would cover such matters as:

The advantages that would accrue to Anguilla from this type of constitutional advance are several and varied. They should also be obvious. Placing the administration of international financial services directly in the hands of our Ministry of Finance will assist in developing tools of good governance in that regulatory authority. Placing the regulation of the industry in the hands of an independent Commission will help to develop professionalism in our institutions.

The crisis has now passed. There is no need for such a draconian solution as that previously selected. The British authorities would do better concentrating on cleaning up the financial frauds, such as BCCI, that are centered in the City of London, not in the BOTs. 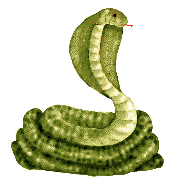