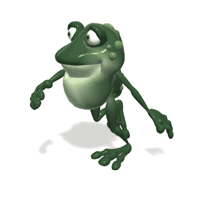 Citizens’ arrest.  Private citizens in Anguilla have a power of arrest without a warrant.  This power arises both at common law and by statute.  At common law a citizen may arrest in situations where a person has breached or is about to breach the peace.  A breach of the peace is an act done or threatened to be done which either actually harms a person or, in his presence, his property; or is likely to cause harm; or which puts someone in fear of such harm being done.  It is the right and duty of every citizen in whose presence an actual or reasonably apprehended breach of the peace is being or is about to be committed.  The purpose is to make the person who is breaching or threatening to breach the peace refrain from so doing.  If it is appropriate, the citizen may detain him against his will.
In the case of Albert v Lavin (1981) the appellant, who caused a disturbance in a bus queue while attempting to board a bus, was arrested by an off-duty policeman.  He resisted the arrest apparently disbelieving that the officer was a policeman.  The court held that even if his belief had been reasonable, this did not make his resistance lawful, since in the circumstances his arrest was lawful.  Even a private citizen had the right to arrest someone who has committed a breach of the peace in his presence.  Whether the person who arrested him was a police officer or a private citizen was irrelevant.
Where the private citizen reasonable believes that there is an imminent threat of a breach of the peace he is justified in arresting the person who threatens the peace.  In R v Howell (1981) the appellant and his friends caused a disturbance on the street after a party.  Following complaints from neighbours the police arrived and asked the appellant to leave.  He refused and continued to swear at the police. One of the officers took hold of his arm and a fracas ensued.  He was arrested, charged with assaulting a police officer in the execution of his duty, and convicted.  He appealed his conviction on the ground that his arrest was unlawful and therefore, if he had struck the officer, it would have been in self-defence in escaping an illegal arrest.
The English Court of Appeal took the opportunity to set out definitively when the power of arrest without warrant for a breach of the peace existed.  It exists where:
·        a breach of the peace was committed in the presence of the person making the arrest; or
·        the arrestor reasonably supposes that such a breach of the peace would be committed in the immediate future by the person arrested; or
·        where a breach of the peace had been committed and it was reasonably believed that a renewal of it was threatened.
So, at common law any person can arrest without warrant a person whom he sees committing a murder, wounding, malicious damage and similar offences in his presence, or one about to do so.
In addition to the above common law provisions, statute has amplified a private citizen’s power of arrest.  So, section 2 of the Criminal Procedure Act empowers any person in Anguilla to apprehend a person found committing an offence punishable either upon indictment or upon summary conviction without a warrant and to take him before the Magistrate to be dealt with.  This is a very broad power.  In most countries such a power is limited to cases where the accused is committing an indictable offence, or in some cases a felony.  Additionally, the owner of property or his agent may arrest any person whom he finds committing an offence against his property.
The person arrested is required to be turned over to a police officer promptly.  The officer will take statements and will know what to do next. 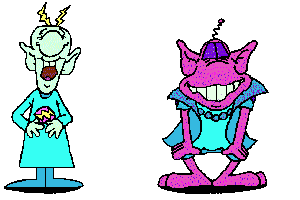