Chris Bryant is in. We have not heard much about Chris Bryant before 8 June. He was once a popular parish priest and preacher in his village in . He could talk so good he decided to leave the church and go into politics. He won a seat in the UK Parliament with the help of Tony Blair.

What is his relevance to ? He is a newly appointed Foreign Office Minister in Gordon Brown’s latest Cabinet reshuffle of 8 June. He is also Deputy Leader of the House of Commons. He is being rewarded for backing of Mr Brown in his confrontation with Labour parliamentarians who want him to step down as PM. This appointment to the Foreign Office is not exactly that of Foreign Secretary. It is a junior government post. Ministers of State in have under secretaries and junior ministers to assist them. He will be an assistant minister to Foreign Secretary David Miliband. He may have responsibility for Anguilla and the . In that case, he is one of the ministers in the government we will have to deal with. 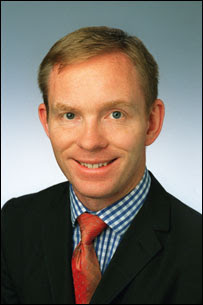 There have been so many recent changes in the Foreign Office that I have got lost. I remember welcoming Gillian Merron just a few posts ago. Now, I see that she is no longer Parliamentary Under-Secretary of State in the Foreign Office. PM Brown has promoted her and made her his new Minister of State for Public Health.

What got my attention was Mr Bryant’s nickname in the British Press, Captain Underpants. No, not the American children’s comic book. It turns out that the new Deputy Leader of the Commons was in the news six years ago for a less than ennobling reason. He was discovered sending photos of himself in his underpants to a man he had just met on an internet dating service. Not the sort of person you would have thought an embattled Prime Minister would be proud to be rewarding with such high office. 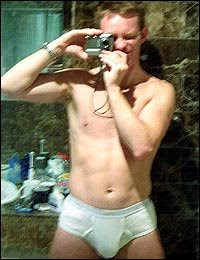 You have to ask yourself the question, what will some men in politics not do for a little bit of extra sex?

Do you suppose that he would receive a rousing welcome if he came to visit ?

Would we roll out the pink carpet for him?

He had better hurry. I don’t think he will be minister for much longer.