Misick has led one of the most corrupt and degenerate regimes in the for the past several years. The news is a welcome development not only for the TCI citizens, but for all of us in the BOTs in the . We all felt nothing but shame having such a leader among us. 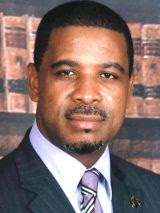 May both grace and sanity come to our sisters and brothers in the TCI at long last!