The UK Parliament Can Pass an Act for Anguilla. This is the third post on the four different

ways that the British Foreign and Commonwealth Office can legislate for Anguilla. Let us remind ourselves again that the general proposition is that it is for the elected representatives of Anguilla to pass laws for Anguilla. Section 47 of the Anguilla Constitution 1982 is the operative provision. It says,

“Subject to the provisions of this Constitution, the Governor, with the advice and consent of the Assembly, may make laws for the peace, order and good government of Anguilla.”

That is the section of the Constitution that empowers the House of Assembly to pass a law for Anguilla. Such a law when passed is then signed or “assented” to by the Governor. In the same way, in the UK, Parliament passes a law and the Queen then gives her “assent”. We may describe this as the “normal” way that laws are made. There are also some extraordinary ways in which laws can be made for Anguilla.

The third way that the British government can legislate for us is by the passage of a substantive law by the Parliament of the United Kingdom. An example of this mechanism at work is the Anguilla Act 1980. This is the law under which Britain took responsibility for administering the government of Anguilla. In that year, the Associated State of St Kitts, Nevis and Anguilla came to an end. It had existed since 1967, when Anguilla had rebelled and unilaterally seceded. With the ending of the Associated State, St Kitts and Nevis went into independence as a Federation of the two islands. Anguilla, which had been invaded by the British army in 1969, became Britain's newest, fully fledged Colony. The Anguilla Act was passed by the British Parliament with the approval of all Anguillians. No one is suggesting that there is any objection that can be made to it.

It is trite to say that Parliament is made up of politicians. All politicians are sensitive to issues that are politically advantageous and to those that are politically dangerous. The general feeling among those persons who made suggestions or contributions to the 2006 Constitutional and Electoral Reform Commission was that there was no way that the British Parliament would countenance passing into law today any statute for the administration of an Overseas Territory such as Anguilla without the assurance that the statute was approved and willed by the people of Anguilla. No one in Anguilla had any comment or suggestion to make adverse to the proper use of an Act of Parliament by the British to affect the laws of Anguilla. The Commission, therefore, made no recommendation concerning the passing of an Act for Anguilla by the British Parliament. None is appropriate at this time.

However, it is not inappropriate for us to demand that the British Parliament should never again legislate for us except in two circumstances. The first is if we request it. If, for some presently inconceivable reason, we are not able to pass our own law on a particular subject, we could, just conceivably, request the British Parliament to do it for us. The second is where we do not first request that an Act be passed for us. It is conceivable that, in some presently unimaginable future circumstance, it may be necessary for Britain to make a law for our collective well-being without us having asked. If the bona fides of such a law were to be proved, a court would undoubtedly uphold the validity of such legislation by the Parliament of the “administering power” for the benefit of the Overseas Territory. That, after all, is part of what it means to be an “overseas territory”.

While we have no representation in the Parliament of the United Kingdom, we place reliance on the good sense and political sensitivity of British parliamentarians not to abuse their power to legislate for us except in exceptional circumstances. Until we have reason to believe otherwise. It would clearly be wrong for the British Parliament to pass an Act applicable to Anguilla without first consulting the Anguillians. It is simply not conceivable that they would attempt to do so at this time.

We also recognise that we have no business telling the British Parliament what it can and cannot do. Any rule on the passing of an Act by the British Parliament has no place in the Anguilla Constitution. That is a matter for the British, not for us. When we are ready for independence, we can inform the British that they are not permitted any longer to pass an Act relating to us. If they choose, as they frequently have in the past, they may enact a law that expressly limits their power to legislate for the newly independent country. In the meantime, we may legitimately say that the power of Parliament to pass an Act for Anguilla is an Anguillian legislative procedure. It occurs when we agree to it and when we find it more convenient or effective to have one of our laws passed by the UK Parliament. 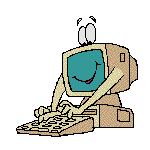