I Have Very Little News: Perhaps, the headline is more accurate. I practically have no news. That is why I have not updated the blog for several days.

Unless, you think that the news of the relocation of the dolphins to Blowing Point is news! 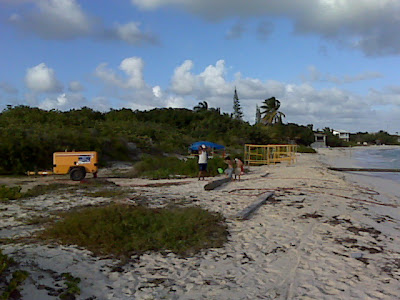 Planning and Executive Council permissions and leases have been granted, in spite of the criticisms of the people of Blowing Point who will now have a circus in their midst! In spite of the nuisance that this development will cause its neighbours! In spite of the realization that this relocation must ensure that the Blowing Point taxi-drivers will never again earn a penny from the business! Dolphinarium customers will simply walk there from the ferry! 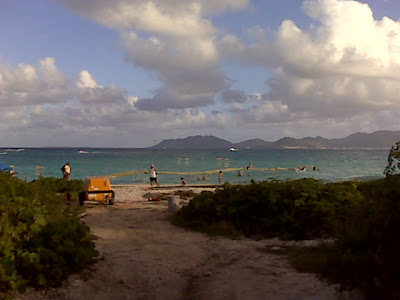 Yes, that is the public access to the beach. This development will inevitably destroy one of the public's last accesses to a popular beach and picnic site! 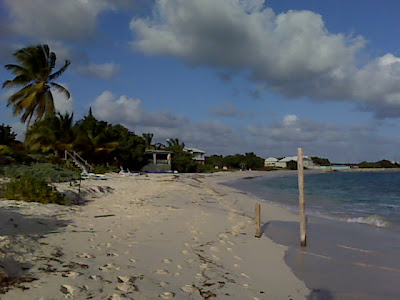 Yes, that pretty white building you see in the background, behind one of the newly installed pilings, is the ferry terminal. The dolphins will love breathing its spilled fuel and fumes! Their echo location sensors will just have to learn to put up with the ferry engines!

The lease and permits were granted based of one of the most idiotic “environmental impact statements” you have ever read in your life. It was written in a semi-literate style, but was no doubt well funded. This report should have been all the evidence government needed to tell these people to go away. The other EIS was very well written, but by a notoriously pro-dolphin-circus engineering company. They are a reputable company, but they build dolphinariums, for Heaven’s sake!

And, government does not subject these two reports to expert scrutiny of its own?

Nor hold the sort of public consultations they promised in signing the Environmental Charter?