Do Bloggers Really Make any Useful Contribution? I am not the only one who has been asking myself this question. Recent developments with bloggers in show that others are asking themselves the same thing.

Bermuda is a tiny in the North Atlantic, just off the coast of . It enjoys the world’s highest GDP. The PLP, the ruling political party, has recently been re-elected to power, despite a crescendo of evidence of misdeeds at the highest levels of the party and government. Revelations of shenanigans on the part of Premier Brown were frequently published prior to the election in the courageous mainstream press such as the Royal Gazette. 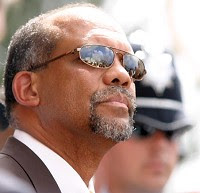 Yet, the PLP won power for the third straight time in a row, with increased voter turnout.

Blogger Dennis Pitcher raised the level of political commentary on Bermuda in his blog 21 Square Miles. The resulting personal attacks on him have made him tired, saddened and disillusioned. He is now bringing his blogging to an end. He has concluded that the government representatives and their supporters prefer to shoot the messenger rather than discuss the message.

PC Allan Palmer is an independent thinker among the Bermuda Police officers. I knew him as a police officer in . He used to take me climbing the Soufriere Volcano. 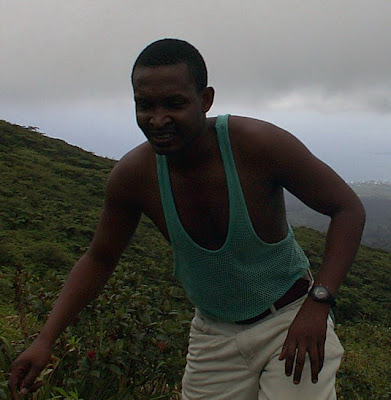 He transferred to the Bermuda Police Force. He started a blog, Crushing Fools in December 2007. He challenged his readers to take back the island from the criminals on the street. He called on the community to “be courageous” and to unite against violence and crime. He came in for high praise in the media. After his first article, he published nothing more. He loves writing. He would not have stopped without pressure. I expect he was shut down by his superiors. Never mind he was asking the public to cooperate with their police. Independent thinkers in the police force are usually considered a dangerous threat to those in power. That is true not only of .

Bloggers do not exist simply for the purpose of criticizing a government or a particular political party. The most they can do is to offer an alternative perspective and ideas about how to make their island a better place. If you are trying to make a difference, it does not take long for the realization to sink in that blogging does nothing to really achieve positive change. After all, no politician is lying awake at night worrying about what is published about him on any blog. Blogs are usually read by people who agree with the blogger. This is little more than the case of a preacher preaching to the converted. If all the effort put into blogging and commenting is designed to make a change, you have to ask yourself what is the use?

Then I answer myself. You go on blogging because you enjoy the writing. You like expressing your views, no matter who agrees. You do not expect to make a difference. That would be a mistake.