Police Force Free of Corruption. We in are fortunate. We have never had a police officer charged, far less convicted, of a serious crime. Indeed, I believe, of any crime! What is more, not at any time during the forty-odd year history of the RAPF! This is not just unique in the history of police services of the , it is also highly commendable. Our Police Commissioner is to be congratulated for the care and control he has of the members of his force. 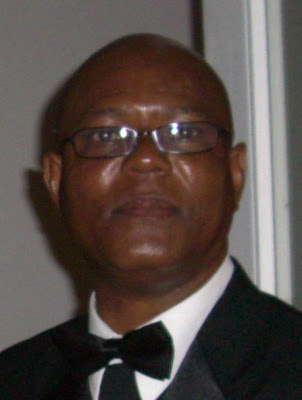 Not so poor . There, they have had two police officers charged and convicted of offences of dishonesty over the past year. The earlier case was that of Police Constable Nathaniel Guthrie. He was convicted of accepting bribes in motor traffic incidents and sentenced in April last year to eighteen months in prison [link here].

The last case was that involving PC Richard Hanna [link here] . He raised funds to send Caymanian school children on trips. Then he pocketed the money. That was not all. He committed thirteen other offences of dishonesty. They charged him, the jury convicted him, and the judge has now sentenced him to 15 months’ imprisonment. 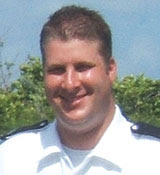 PC Richard Hanna
I am quite certain that if we ever had a police officer in commit an act of dishonesty, that officer would be investigated. That officer would be disciplined. Court charges would be forthcoming without delay. Especially if it involved forgery or theft. We would never hear the brush-off words, "the file is still with the Attorney-General”. Nor, God forbid, would we ever hear the ominous claim that, “The victim has dropped charges, and does not want the matter to be prosecuted”.

That could never happen in !