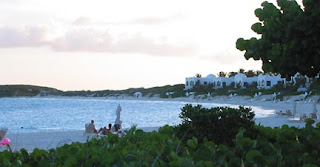 You do not need to be a lawyer to appreciate that if it is not voluntary and consensual, this sale amounts to an expropriation of property. Enforcing this policy is the same thing as forcibly acquiring the property. Government’s advisers have held public meetings and published press releases saying that if the owners do not comply with government’s new policy for Cap Juluca, then compulsory acquisition is being considered. Of course, government can acquire property against the wishes of the owners. Government is not powerless. The law permits it to forcibly acquire land in . Compulsory acquisition from the Randall Estate is how government came to own the freehold at in the first place. But, compulsory acquisition carries with it an obligation under the Constitution to pay full and adequate compensation to the owner. Otherwise, it is illegal.

I have not heard anyone saying who is going to compensate the owners when the sale they have negotiated with Gencom-Ritz-Carlton is blocked by the lobbyists at ANTIL. It will certainly not be Auberge-Firesky, ANTIL’s foreign backers. Auberge-Firesky have offered to invest, but they would never be willing to hang around while a case is dragged through the courts. They have offered to invest a certain sum, not to pay whatever sum the courts may award by way of damages. ANTIL and government will be on their own as owners of Cap Juluca.

You would have thought that government would have learned from the recent failed attempt to force the sale of airport land from Forest Estate. Unless you are completely fair, and fulsome, and up front, in your offer to pay compensation, the owners can tie you up in court for years.

If government forcibly acquires Cap Juluca, what will become of the hotel and its employees while the case drags through the court? Will government put out the capital to keep the hotel going pending determination of the court case? They will have to find a way to do so, as no purchaser will be able to take a good title from government until the case is settled. Just thinking about it gives me a stomach ache!

I am getting tired with the worry. Tomorrow, I publish the last post in this series on ANTIL.