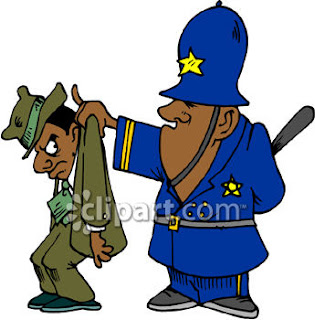 The warrant of arrest.  The topic of wrongful arrest is one of considerable complexity.  It arises while we are considering the second of our fundamental rights, the right to personal liberty.  Let us start at the beginning.  A person may be arrested either with or without a warrant.  A warrant of arrest is an authority in writing, issued by a justice of the peace or a magistrate, or by any court having civil or criminal jurisdiction, addressed to a police officer to arrest an offender and bring him before the court.  A police officer who arrests within the terms of the warrant will have a complete defence to any action for wrongful arrest, false imprisonment, assault or battery.  That is the principal function of a warrant of arrest.  It is for the protection of the police officer.  Without it, if the person the officer arrested were to be let off by a subsequent trial, the officer could face a suit by the civilian against him personally for one or more of assault, battery, false imprisonment and wrongful arrest.
There is a law which gives an arresting officer a defence when he arrests a person in obedience even to a defective warrant, or a warrant issued without jurisdiction.  Section 76 of the Anguilla Police Act provides that members of the Royal Anguilla Police force are not liable for any irregularity in a warrant.  The warrant may not have been properly issued by the Magistrate or the JP, or the Magistrate may have lacked jurisdiction.  If this happens, once the Magistrate or JP issued the warrant, and the police officer was only obeying the warrant, this will be a complete defence for the police officer if he should be sued.  That is why police officers are so careful to get a warrant of arrest before going off to arrest someone they suspect of having committed a crime.  Arresting even the right person without a warrant can be a very risky thing for a police officer to do.
In addition to the police officer being sued, the government may be forced to pay compensation if the person who was wrongfully arrested or locked up brings a constitutional action against the State.  Our constitutional remedies are much broader than our normal private remedies.
The basic rule to remember is that, in the absence of statutory authority, a police officer has no right or power to detain us for questioning unless he first arrests us.  Where a constable takes me to the police station, without first arresting me, in order to question me, and then to decide, in the light of my answers, whether to charge me, this would be unlawful and would constitute false imprisonment.  Of course, if the police officer invites me to accompany him to the police station, and I agree to go willingly, I cannot complain afterwards.  However, if I refuse to go willingly, the police officer must decide whether or not to arrest me based on the evidence he already has.  It may be safer for him to leave me while he continues his investigations until he has enough evidence to get a warrant to arrest me. 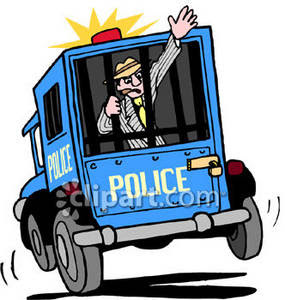