Proposals to reform section 3 of the Anguilla Constitution.  We have been looking at our right to personal liberty guaranteed by the Constitution under section 3.  Many lawyers consider this section of the Constitution defective in one specific way.  In dealing with persons arrested on suspicion of having committed an offence, it does not provide that he is entitled to be told of his rights.  These rights include our right to remain silent.  If we volunteer any information to the police after we have been given this warning it can and will be used against us in a court of law.  We also have the right to an attorney to advise us before we give the police a statement.   In the , but not in , we have the right to be provided with an attorney to advise us before we are questioned by the police.
It has been left to the Courts to interpret and to enforce the ancient common law entitlement to these rights.  You may agree with me that such a right is better included as in the fundamental rights in our Constitution, rather than being left as a common law right for judges to interpret one way or the other.  The Attorney-General’s Chambers and the police fought hard to have this recommendation deleted from the Report.  They would prefer their powers to interrogate and question suspects left a bit more woolly, as it makes it easier for them to secure a confession or an admission that can be used against the suspect.
The better modern practice would require that a person arrested should be entitled immediately upon his arrest, and not after he has been brought to the police station and made to sit on the bench for a few hours, to be told of his rights.  You have seen this right at work in US movies, when a police officer pulls out of his pocket a little card with the prisoner's Miranda Rights on it and reads it out to the prisoner.  The process is named after the case in the which established that it was a constitutional right.  The officer must as soon as practicable after the arrest read out these rights to the suspect, even as he is taking him to the car or police van.  The 2006 Report of the Constitutional and Electoral Reform Commission recommended that there should be a new sub-section of the Constitution setting out this right in the clearest language.
Another important reform would be to provide for an Ombudsman with power to investigate complaints of abuse of this and other fundamental human rights.  The main function of an Ombudsman is to investigate any complaint relating to any decision or recommendation made or any act done or omitted by any officer of the Government or statutory body in any case in which a member of the public claims to be aggrieved, or appears to the Ombudsman to have sustained injustice as a result of the administrative functions of that officer or body.
The Ombudsman is found in several Commonwealth Caribbean countries.  These include , , and .  Typical faults in administration that the Ombudsman investigates include delay, bias, unfair discrimination, failure to give proper advice, discourtesy, and failing to follow recognised procedures.
While the Ombudsman is not established to be a national human rights organisation, in practice the office of the Ombudsman performs some of the functions.  In addition to dealing with complaints of maladministration in the public service, the Ombudsman could investigate complaints of the public against abuse of power by the police.  It would be a very useful reform if, when the office of Ombudsman is introduced into the new Constitution of Anguilla, he was given specific powers to investigate claims of breaches of fundamental rights. 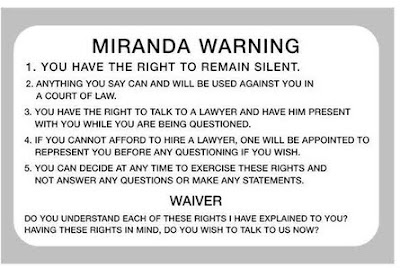