West is one of the easiest beaches in to access. But, you have to know how to. There appear to be only two remaining ways for the public to get on to the beach. One of them is labeled and the other is not. West is also most beautiful of the West End beaches in . It is the location of Cove Castles Hotel, Blue Waters Hotel, and Altamer Hotel.

Squeezed between the house previously owned by Dianne Norris and Cove Castles Hotel is the one access that is labeled. Someone has filled in a corner of the West End Pond to make a comfortable area for public parking. 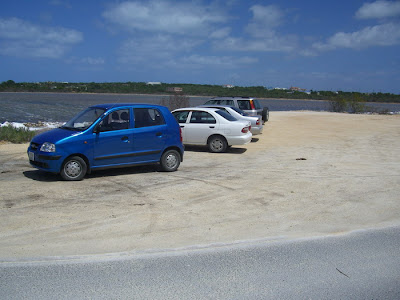 The public access from the car park to the beach is narrow and partially concealed. 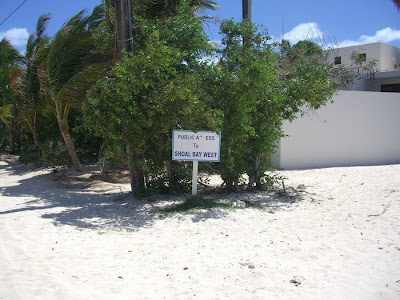 But, the notice, damaged though it was by Hurricane Omar, shows the way clearly enough. 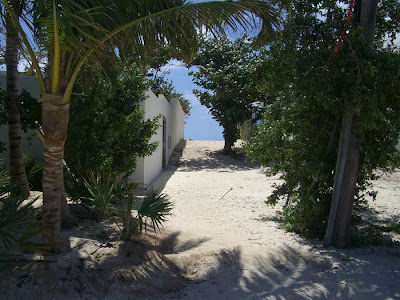 A recent visit to the beach showed that the car park and the access were in use. 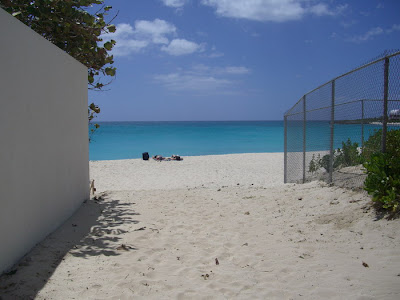 Visitors with their cooler enjoying the beach

There were cars in the car park and visitors, carrying their picnic lunch and drinks with them, relaxing on the beach.


It is time, I would have thought, that whoever is responsible replaced or repaired the sign.

Altamer Hotel has recently, since the passage of the Hurricane in October of last year, provided a scraped access to the beach. It is not one of the most beautiful, manicured, or smooth of roads. 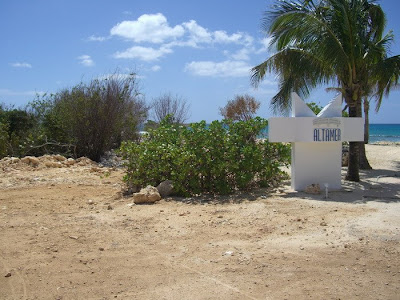 But, at least they have scraped away the boulders, trees and bushes that previously blocked this access. Did they do it voluntarily, or under pressure, one wonders. 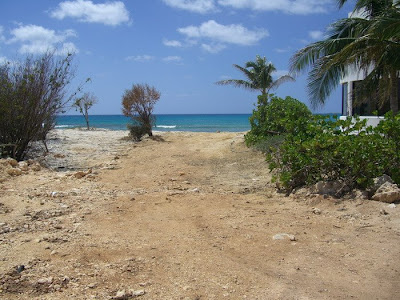 The way to the beach alongside Altamer's restaurant building

If you are prepared to step gingerly and carefully over the stones and pot holes, you can get to the beach, where you will find yourself looking westwards along the entire stretch of the beach to Cove Castles in the distance. 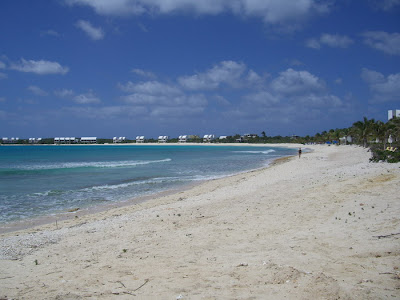 Cove Castles Hotel and Blue Waters Hotel appear not to permit members of the public onto or across their properties to access the beach.

I have no idea how the fishermen, who used to keep their boats drawn up at the western end of this beach, are able now to access it. Perhaps, like some rare and sensitive Amazon frog, they have become extinct due to the human invasion of their native habitat.

If the relevant authorities do not step up to the plate without delay and ensure that there are properly marked accesses to all of these beaches, we might as well consider public access to them going in the same direction as that frog.

I feel bad for the children. They will never be able to enjoy what we once had.