Meg Munn is Out. We have a new Overseas Territories Minister. Meg Munn has gone back to the back benches. Her place has been taken by Gillian Merron MP. 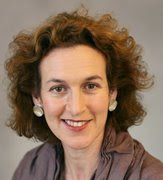 “In Gordon Browns recent Cabinet reshuffle Gillian Merron MP (LAB ) has been moved to Parliamentary Under Secretary of State for the Foreign and Commonwealth Office – a post previously held by Meg Munn MP, who is now not part of the Labour Government, Ms. Munn resumed her position as a Labour Backbencher.

Gillian Merron was educated at and , where she took a BSc in management sciences.

Gillian was elected Member of Parliament for in 1997. Born on 12 April 1959, in Ilford, Essex, of Jewish origins, daughter of a factory storekeeper and a shop assistant, she was educated at and , where she gained a BSc (Hons) in Management Sciences. Gillian has lived and worked in the for many years, starting work in 1982 as a Business Development Adviser before becoming a Local Government Officer then a Trade Union Official for NUPE and UNISON.”

It will be interesting to see if she brings a more concentrated light to bear in the dark corners of “governance” in the than her predecessor did. God knows, we need it.

Not that she will last for long. The Conservative Party has every hope and expectation of winning the elections due in a year. Then, we start all over again.